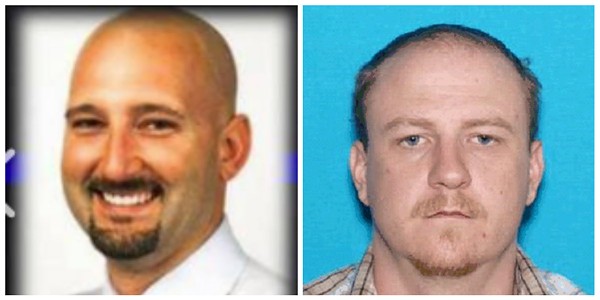 Now that the manhunt for a suspected cop killer is over, police in the small town of Clinton, Missouri, are preparing to bury their fellow officer.

Three events memorializing Officer Gary Michael Jr. begin tonight with a candlelight vigil, followed by a visitation on Friday and internment on Saturday.

Michael, 37, was killed during a traffic stop on Sunday night in Clinton, which is about 75 miles southeast of Kansas City. Authorities say he pulled over a 2008 Dodge Nitro at about 10:45 p.m. for a traffic violation. The driver, 39-year-old Ian McCarthy, hopped out and opened fired as the car rolled to a stop, according to the Missouri State Highway Patrol.

Michael returned fire, but he was mortally wounded, troopers say. He was transported to Golden Valley Hospital in Clinton, where he soon died.

"His life was cut short by the act of a cowardly and evil man," Clinton police said in a statement.

The suspected gunman ditched the Dodge a couple of blocks away from the shootout and took off, leading dozens of Kansas and Missouri police agencies on a hunt that lasted two days, authorities say. He was arrested late Tuesday. State troopers told reporters at a press conference later that night that a driver had called in a tip after spotting McCarthy walking along a highway near Bucksaw Marina, less than twenty miles from Clinton.

McCarthy had been shot in the leg, police discovered, and was taken to a hospital for treatment. Troopers haven't said whether he was wounded in the firefight with Michael. The accused killer is now facing a charge of first-degree murder.

Tonight's candlelight vigil for slain officer will begin at 8:30 p.m. at the Henry County Courthouse. A visitation will be held on Friday at the Vansant-Mills Funeral Home. A second, public visitation will be at 9 a.m.-11 a.m. at the Benson Convention Center. The burial will follow at Englewood Cemetery. All the events are in Clinton.