Overland's Ritenour Co-Care Food Pantry to Remain Open After All 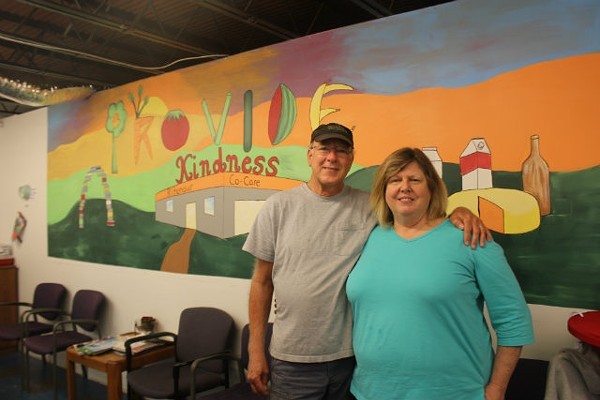 Two weeks before it was set to close its doors for good, the Ritenour Co-Care Food Pantry says it will stay in business after all.

The Overland-based food pantry, which serves 2,000 patrons in north county's Ritenour School District, had planned to close on August 19 unless it saw an influx of funding and volunteers. Now, not only have those needs been met, says Executive Director Marsha Brown, but the pantry has received the kind of support that should allow it to sustain itself going forward.

Brown credits an outpouring of generosity that followed reports in the Riverfront Times and other outlets.

"It's been wonderful," she says. "Every day brings something else."

Thanks to several large donors and a handful of smaller ones, Brown says, the organization now has enough money to get through an estimated eight to ten months. Other fundraisers are in the works — and some new volunteers have pledged to help with the books, the driving and other critical needs. One has even offered to help the pantry connect with the United Way for longer-term funds.


We have good news! The Ritenour Co-Care Food Pantry has received enough funding and volunteers for our immediate needs and so we will remain open. We will be calling patrons to give them their next food appointments as soon as we can.

Thank you to the media who covered this: Channels 5,4, 2, Riverfront times, the Post Dispatch and Community News! We could not have reached so many generous and helpful people without you. Ron Bickerstaff will remain as the Operations Manager and Rev. Marsha Brown will remain with the pantry too.

The food bank is unusual in that it lets patrons make an appointment to "shop" for what they want instead of just handing them a box of dried good. It also offers meat and fresh produce. It started as a janitor’s closet of canned goods in New Horizons Presbyterian Church before moving last October to 9516 rear Lackland Road in Overland. Brown, who previously worked for the church, signed on as executive director.

Brown says she still plans to leave that post in time. However, now she can work on a better exit strategy. "It'll be awhile," she says. "We have to search to see who will be a good fit."