NAACP Warns Travelers About Missouri: 'Know Before You Go' 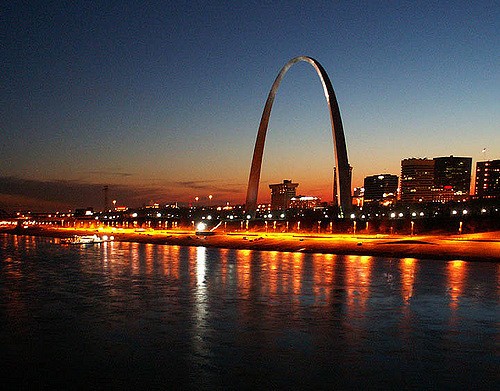 The NAACP has a message for anyone thinking about traveling to Missouri: Be careful.

At the organization's national conference in Baltimore Wednesday, delegates approved a "travel advisory" warning visitors to take caution — a move that the president of the NAACP's Missouri chapter calls virtually unprecedented.

"It's very unusual," says Nimrod "Rod" Chapel Jr., the Missouri president. "It's the first travel advisory we've issued that I've been aware of."

The resolution — which Chapel says was approved by a vote of delegates with "ringing consensus" — cites a number of actions taken in the state recently, including the passage of H.B. 43, which weakens the state's anti-discrimination law. The resolution also notes racists acts against students at the state's flagship university, a black student burned with a hot glue gun in the St. Louis suburbs and the death of Tory Sanders, a Tennessee man who asked law enforcement in rural Missouri after getting lost — and ended up dead.

"Whereas the U.S. State Department issues travel advisories to the American people when regions of the world become dangerous to U.S. travelers ... the NAACP issues an advisory to members of protective classes, including people of color, women, seniors, the LGBT community, those with disabilities or those perceived to have disabilities and religious minorities," the advisory reads in part.

"This is a travel advisory, not a boycott," Chapel says. "But people need to be aware of what happens in Missouri. You should know before you go."

And for those living in the state, Chapel says, it's a reminder to "be ready" — to understand your rights, to know how to react if challenged by law enforcement, to know who to call for help.

Chapel also notes that the state's anti-discrimination laws don't change until August 27. Anyone who's experiencing workplace discrimination, he suggests, should seriously think about filing a lawsuit before then.