QuikTrip That Burned in Ferguson Protests Is Now a Community Center 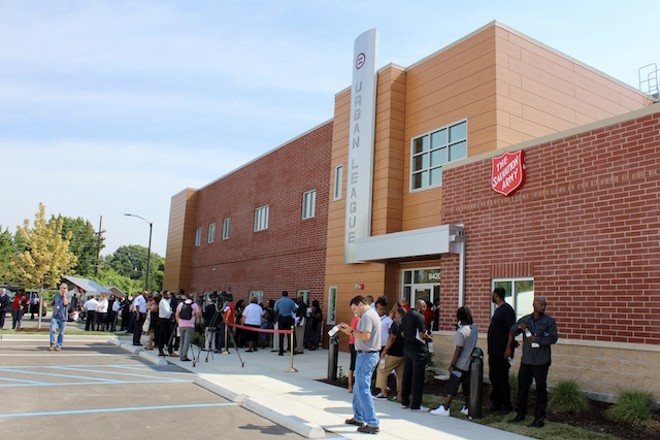 Today, on the land that once held rocks and charred rubble resulting from pain and unrest, a new center opened for the Ferguson community. Nearly three years after the shooting death of Michael Brown and the high-profile protest movement it ignited, a new symbol of hope opened its doors in the north St. Louis suburb.

The Ferguson Community Empowerment Center (9420 West Florissant Avenue, Ferguson) sits on the land that held the QuikTrip torched by angry protesters in August 2014. The site then became a staging ground for the fiery protests that gripped the nation.

President and CEO of the National Urban League Marc H. Morial says that the Urban League wants to shine a "very bright light" on the city of Ferguson and the St. Louis area, as community members have worked over the past three years to convert "anger into action."

Sponsored by the Urban League of Metropolitan St. Louis, the Ferguson Community Empowerment Center opened its doors to the community this morning. First proposed by the National Urban League in July 2015, the $4 million center received a mix of public and private funding.

The 13,500-square-foot facility will house programs run by the Urban League, the Salvation Army, the Lutheran Hope Center and the University of Missouri Extension.

As Post-Dispatch, more than 75 percent of the workers and contractors who built the center were African-American. 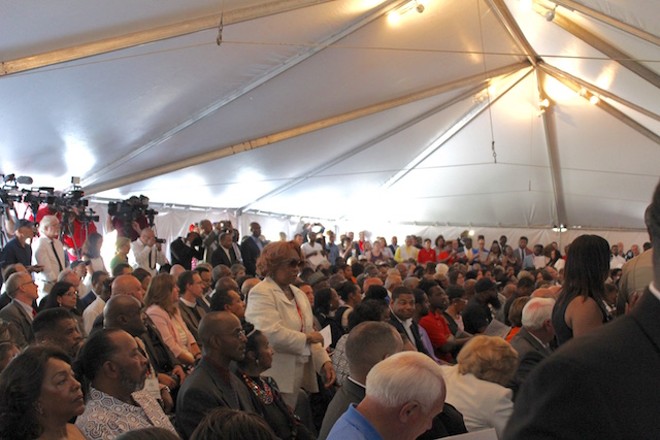 Today's ribbon-cutting ceremony coincides with the National Urban League's four-day conference in St. Louis, which will feature a town hall meeting entitled "State of Black America." The conference includes a collection of urban mayors discussing economic needs, a career fair and a volunteer day in which 10,000 backpacks will be donated to school children. The conference is expected to draw up to 20,000 people.

The new center will also include a memorial to Michael Brown, who was shot and killed by then-Officer Darren Wilson. The concrete base of the memorial was mixed with 100 stuffed animals which were apart of a makeshift memorial to Brown on Canfield Drive, where he died.