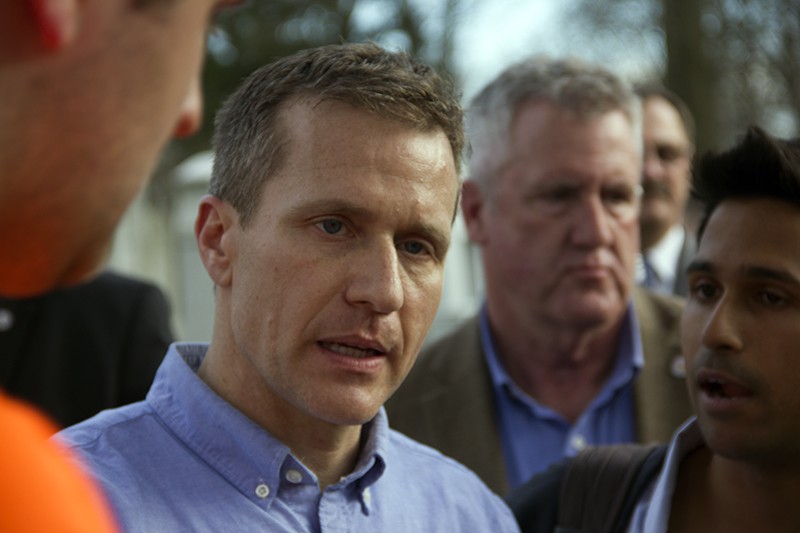 For Missouri Republicans, forcing restrictions on abortion that are both medically unnecessary and legally perilous seems to be a gift that keeps on giving. Yesterday, the conservative-dominated state Senate gave that gift to Governor Eric Greitens, who last month ordered a second special session that would focus on abortion.

On Tuesday, by a vote of 22-9, the Senate approved a bill that would force women seeking an abortion to meet with a physician — not a clinic staff member or nurse practitioner — three days before having the procedure. Missouri law already mandates a 72-hour waiting period, but this bill, which now goes to the governor's desk for approval, adds the additional requirement of getting a doctor involved.

In fact, in an earlier interview with public radio reporters Jason Rosenbaum and Jo Mannies, Koenig admitted that the requirement for abortion doctors to personally meet with patients could make it more difficult for Planned Parenthood to open clinics across the state, and thus reduce women's access to a right upheld in numerous court battles and in the U.S. Supreme Court.

Indeed, it was only one year ago that the country's highest court struck down a Texas abortion law because it would essentially limit the number of clinics that could stay open. Just this past April, a federal judge issued an injunction against two abortion restrictions in Missouri. A federal appeals court also recently upheld a judge's order that the state reimburse Planned Parenthood for more than $156,000 in legal fees.

The bill approved by the Senate yesterday is expected to face no obstacles at Greitens' desk. The governor has loudly championed his pro-life bonafides.

"They think that it’ll pass the muster of the courts — it’s not going to at all," Dreith tells RFT. Still, Dreith says the bill could still wreak havoc on abortion providers in the meantime, especially since it empowers the state to conduct unannounced inspections and permits the state Attorney General, the very conservative Josh Hawley, to overrule local prosecutors on abortion laws.