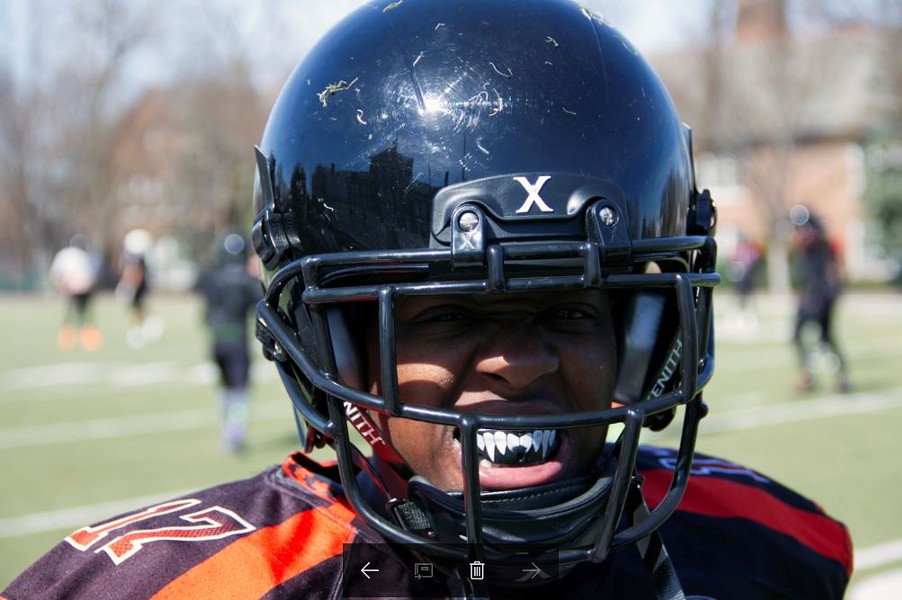 What do you call it when a football team takes two championship titles in two years?

A damn dynasty is what. And so that's exactly what we're calling the St. Louis Slam — after a Friday-night win over the Tampa Bay Inferno left them once again the Women's Football Alliance Division II champs.

But though the team's 42-15 win followed a similar script to last year's championship — which had also pitted St. Louis against Tampa Bay — this season's triumph signals a changing of the guard for the orange and black.

As detailed in our April cover story, 2017 marked the respective swan songs for Myrt Davis, Robyn Morrow and Juan Snow, a group representing the last remaining players who had joined the team for its inaugural 2003 season. Ending a fifteen-year football career on back-to-back championships is an enviable curtain call.

That said, the loss of significant veteran talent and experience puts the Slam in an interesting spot for the 2018 season. If there was a target painted on the backs of the defending champs in 2017, that target just got bigger. And we're guessing the division's other teams, and especially Tampa Bay, would prefer if the Slam sat out next year's championship game.

But if recent history proves anything, it's that the Slam players love adding to their ring collection. Bring on 2018.

See also: St. Louis Has One Champion Football Team. And the Women on It Will Mess You Up