Editor's Note: The story has been updated with additional information.

Moore, whose nickname is Texas, had served more than 25 years in prison after he was convicted of first-degree assault in 1991 in St. Louis County. Prison records show he was still on probation following his release in June.

Moore was arrested on Sunday. He's charged with eight felonies — four counts each of first-degree assault and armed criminal action.

The 108-year-old Carr School was shut down in 1978 and has become a haven for homeless people. The insides are mainly rubble — fallen plaster and lath, crumbling brick, broken glass — but people have also been able to retrofit an old classroom like a temporary apartment.

Three of the victims were sleeping in one of the rooms when Moore walked in and started clubbing them with a hammer as well as a long, hard object, according to court documents. The fourth victim heard the commotion. He rushed in and tried stop Moore before he was bludgeoned, too, police say.

Court records list an address in the 12100 block of Epernay Court, a Maryland Heights cul-de-sac, for Moore, but St. Louis police Detective Steve Strohmeyer wrote in the probable cause statement the ex-con had recently been sleeping in the school near his victims.

"The defendant believed that the victims had ransacked his personal items," Strohmeyer wrote. 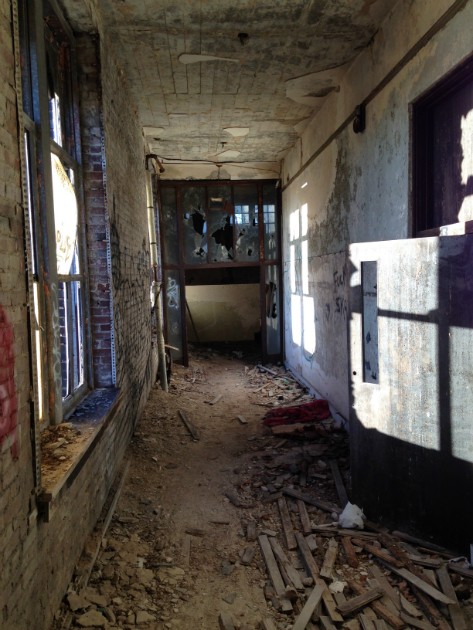