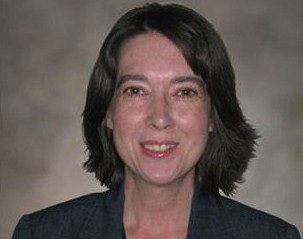 An ex-Ferguson cop who was part of an inmate's bloody jailing has sued a north county police department, alleging she was discriminated against as a woman.

Two years after leaving the Ferguson police, Kim Tihen took a job with the Bellefontaine department, where she worked between 2013 and 2016. She claims in a federal lawsuit filed Monday that Mayor Robert Doerr repeatedly critiqued her looks and insisted she smile more.

"Mayor Doerr explained to Kim that he did not like her hair-style and the fact that she didn't always smile while working as a police detective," the suit alleges."

Tihen says police Chief Jeremy Ihler refused to do anything when she told him what was going on. She eventually filed a complaint with the city and was met with physical intimidation from Doerr, according to the suit.

The situation became unbearable, eventually forcing her to resign, she claims. She is now suing the mayor, police chief and city clerk, whom Tilhen claimed conspired with Doerr to quash her complaint.

"Collectively, Defendants have engaged in illegal discrimination against Plaintiff because of her gender," the suit says.

In 2009, Tihen was one of four Ferguson officers who forced 52-year-old Henry Davis into a jail cell. In a lawsuit against the officers, Davis claimed cops mistook him for another man and then beat him viciously when he asked for a sleeping mat. Tihen, he claimed, had straddled him while he was down and lifted his head so another officer could kick him in the face.

A picture of Davis after the incident shows his face covered in blood. The officers charged him with property damage, claiming in the report that he bled on their uniforms.

Davis sued the officers and Ferguson. In a deposition first reported by the Daily Beast, Tihen admitted she punched him three or four times in the back of the head with her handcuffs. She denied holding him up to be kicked and said they were just trying to get an unruly Davis to comply with their commands.

Davis' civil suit and an appeal were eventually rejected by the courts. Tihen was elected to the Ferguson City Council in 2012 and served a three-year term before she lost her bid for a second term.