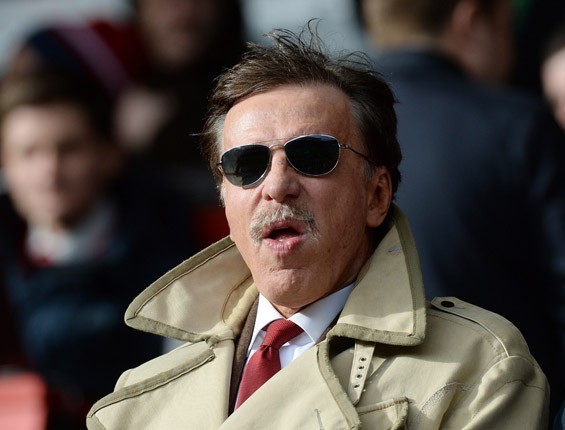 Noted pauper Stan Kroenke owes the NFL $645 million in relocation fees for moving the Rams to Inglewood (fuck you, Stan, we're not calling it anything else).

The mime with the $3 wig famously expected St. Louis to foot the bill for a gut rehab of the then-Jones Dome or his team of NFL wannabes wouldn't be able to compete to the best of their abilities. Nevermind for the moment that the team couldn't compete in an intramural league, let alone the NFL — the issue here, as if often is with Simperin' Stan, is money. He's now on the hook for $645 million.

Admittedly, the league is giving him ten years to pay it, but how will he do it? When the city and the Rams were haggling over plans for the Jones Dome rehab in 2012, the team's proposal for a re-worked stadium were estimated to cost about $700 million, before ballooning to $1.1 billion.

Again, for the Rams.

But this is Stan, so the real question now is: Who's he gonna ask to pay his relocation fees?