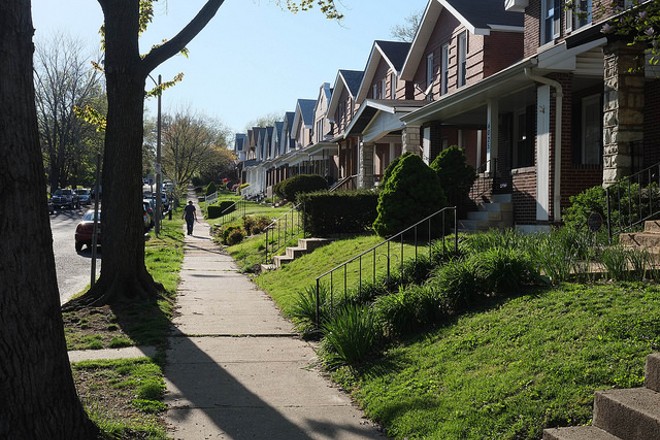 Police are warning about a series of attacks on women in Tower Grove South —saying they believe one man is responsible for at least four incidents of forced groping, as well as potentially a fifth that took place in Benton Park.

All five cases have taken place during daylight hours — with the most recent one an attack at 10 a.m. this morning in the 3200 block of Roger Place. Women describe being approached by a strange man who grabs their bottom or genitals before fleeing to his vehicle.

In one case, the man stuck his hand down the victim's pants and a brief struggle ensued before he fled. In another, he reached his hand up a woman's dress to grab her genitals. In two others, he grabbed a woman from behind, then fled when she turned around.

In the Benton Park case, which police say may or may not be related, the man approached the woman from behind in the 2700 block of Indiana. He threw her down and then grabbed at her private area.

"Investigators believe the four incidents in Tower Grove South were committed by the same suspect," a police spokeswoman tells the RFT. "Patrols have been increased in the Tower Grove South neighborhood. The suspect in these incidents is known to park his vehicle in a nearby alley. Anyone who observes a suspicious vehicle in the alley should call police."

The man has been described by victims as a white or Middle Eastern man, somewhere from 25 years old to "middle age." Three victims have described him as being about 5'10" with a medium build and dark hair. Several women have described an older model silver or gray SUV.

The first incident happened on May 25 in the 3200 block of Bent. The other incidents were reported on June 10 and June 16, with the second day featuring two attacks about five hours apart. The second attack on June 16 was at Roger and Connecticut — just eight blocks from this morning's attack at Roger and Potomac.