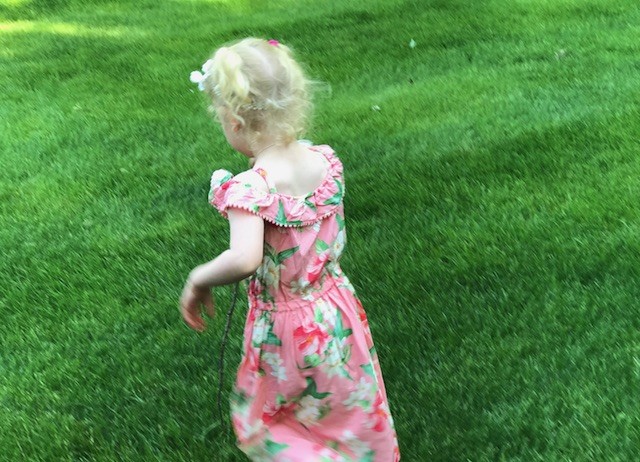 Joseph and Laura Day's first inkling that anything unusual had happened at day care was their daughter's conversation in the bath. The four-year-old seemed to be talking a lot about duct tape — a word that previously seemed beyond her vocabulary.

When her mother pressed her, the little girl (who the RFT is identifying only as her initials, E.D., to protect her privacy) said that "Mr. Josh" at day care had told her, "I have some shiny red duct tape with your name on it."

But Mr. Josh, the little girl continued, had lied: "My name wasn't on it."

Laura Day was troubled enough to keep pushing — and then the story came out. The little girl had been running around when she was supposed to be napping, and so Mr. Josh had bound her legs together with duct tape. She would be untied, another teacher told her, once she behaved.

And the school — a church-based day care in Valley Park called Zion Lutheran Learning Center — would later admit to the Ballwin couple that the little girl's story was true. A staffer covering for E.D.'s primary teacher during nap time two week before, identified as Josh Reeves, had used duct tape to hog-tie the four-year-old. To the couple's shock, not only had no one reported the incident to the state, which regulates day care facilities, but Reeves had faced no discipline for his actions. The supervisor the couple spoke with laughed it off "a silly thing" and suggested Reeves might need to take another training course.

Those allegations are now the subject of a lawsuit that the Day family has filed against Zion Lutheran Church, its daycare program, Reeves and some of his supervisors. It was filed in St. Louis County Circuit Court late last week by Jeremy Hollingshead of Hollingshead & Dudley.

Zion Lutheran Learning Center said Friday that no one on site could speak to the media, and that the person who could did not have email, so there was no way to send a message to her directly. The staffer referred questions to the church, which did not respond to a voicemail seeking comment.

The incident happened in March, and Joseph Day says he originally had no intention of suing. "We kept trying to give them an opportunity to fix it," he says.

But, he says, the day care seemed intent on minimizing the incident. It was only after he pushed and prodded that they even reported the incident to the state of Missouri. And though E.D.'s teacher had promised the couple that Reeves would be kept away from his little girl, Day says, he soon learned that "Mr. Josh" had been there when she was hit by another child on the playground. It was only after learning that fact that the Days pulled E.D. out of the daycare, maxing out their vacation time to cover her care until they could find a new facility.

Many other things, though, make them question the judgment of its teachers — and board of directors.

Bizarrely, the Days learned that after the teacher supervising Reeves encountered their daughter hog-tied, she decided the best way to downplay the situation was to tape up the other kids, too, and have them all hop down the hallway to make a game of it.

Even worse, at a meeting the Days demanded to discuss the incident with the daycare's board of directors, one of the board members joked about how much energy their daughter had. He figured, he told them, that "she'd be the one to be tied up."

Ultimately, neither the daycare nor its board of directors has proven willing to terminate Reeves, as the Days have demanded. At first they said they couldn't act while the state was completing its ten-day investigation. Only later did the Days learn the investigation would actually take 60 days — and that the state would have no role in recommending discipline for the employee. (If found to be substantiated, the complaint would become part of the public record in the state's database; the state could also levy a fine against the facility.)

"Either you believe this is serious or you don't," Day says. "And you either take action, or you don't."

The fact that Zion Lutheran didn't makes the Days wonder what else they're hiding.

"Who knows what other things they've handled internally because they didn't want to report them?" Day says.

The Days' attorney, Jeremy Hollingshead, says the case is a frightening one for any parent who entrusts their children to daycare.

"It is difficult enough for parents to place their child’s safety into the hands of others," he says. "When they do, they trust caregivers to provide the same level of care and attention to their child as they would. Sadly, that did not happen in this case.”

Zion Lutheran Church said this in a statement to media outlets:

Zion Lutheran Preschool has provided an affordable Christ-centered daycare option for parents for the last 43 years. As a school, we provide a caring and nurturing environment where students are encouraged to grow and develop their God-given gifts. Student safety and care is a top priority for our school. When a disciplinary incident occurs, we attempt to handle it with care, concern and in a Christ-centered manner. Recently, we have dealt with an inappropriate disciplinary response, used once, by one of our teachers this school year.

A teacher, covering a class for the normally assigned teacher, put duct tape over a child’s pants at her ankles holding the child’s legs together as discipline for running around during nap time. The teacher realized the error and immediately removed the tape. This was an inappropriate classroom management response. The teacher was disciplined by the school’s administrator in accordance with the school’s personnel policies and procedures.

Following this incident, the school’s Board of Education mandated that the teacher undergo professional re-training in handling disruptive children. The teacher did successfully complete the re-training.

In addition, the incident was self-reported by the school to the Child Abuse Hotline, the State Licensing Agency and the St. Louis County Police. All agencies found no need to further investigate the situation and were comfortable with the school’s response.

In addition, DFS concluded that there was no abuse and therefore, no further investigation was needed.

As a school, we are confident that we have taken necessary and appropriate measures to prevent any like or similar conduct. Zion Lutheran Preschool will continue to provide a school that is safe and caring.