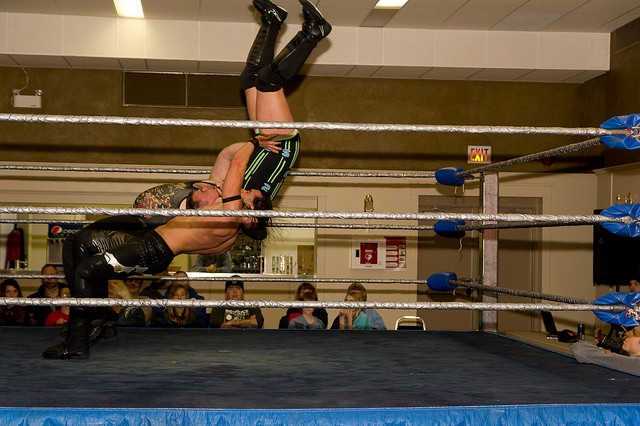 The "King of Viagra" was convicted Wednesday in St. Louis of smuggling an illicit, Korean-made human growth hormone used by local pro wrestlers.

George Patino, 57, ran an international drug business that routed the shipments of HGH through Mexico to a St. Louis County doctor, according to court documents.

The physician, Dr. Michael "Ted" Mimlitz, then doled out bottles with Spanish-language labels to patients who were looking to boost their energy, strength, endurance and athletic ability, according to a statement from the U.S. Attorney's Office.

Mimlitz's clients included pro wrestlers, but the details as to whom were left tantalizingly vague. Patients referenced in the federal indictment were identified only by their initials.

The doctor pleaded guilty in January 2016 to introducing misbranded drugs into interstate commerce and has already had his medical license reinstated. But Patino, his alleged supplier, took his case to trial.

A Houston resident, Patino has a colorful history of high-stakes, illegal deals in pharmaceuticals. The British press described him as the "King of Viagra" after he was busted with a England-based crew that sold knockoffs of the little blue pills online, filling as many as 200 orders per day.

Patino was a doctor in his native Mexico, leading the judge in the Viagra case to call him a "disgrace to his profession." He was sentenced in that 2008 case to three years in prison.

He had previously pleaded guilty in California to illegally distributing HGH and given probation. Undercover U.S. Customs agents had busted him in 1997 in San Diego as he made plans to have an associate, nicknamed "Speedy Gonzalez," smuggle vials through El Paso, Texas.

His connection to St. Louis began when Dr. Mimlitz discovered his site online while looking for HGH, prosecutors say. The drug has legitimate medical uses, such as keeping AIDS patients from wasting away, but it can also be abused by body builders and anyone looking for a shortcut to packing on muscle.

Patino agreed to hook up Mimlitz, but he couldn't accept credit card payments because of the "heat" from the "USA and FDA for processing growth hormone," according to court documents.

The pair made an arrangement for Mimlitz to deposit payments directly into Patino's bank account in Houston. In return, Patino began shipping enough HGH to cover 40 of Mimlitz's patients.

The arrangement was eventually discovered by federal agents. The Office of Criminal Investigation for the U.S. Food and Drug Administration investigated the case with help from the Department of Homeland Security and Immigration and Customs.

Patino was convicted after a three-day trial of three federal crimes. The top count, smuggling, carries a maximum prison sentence of twenty years.