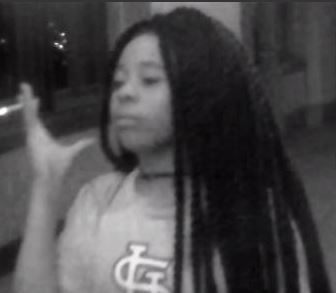 A woman using a wheelchair made a miraculous recovery when she rose to her feet, snatched an elderly diner's purse from a Central West End restaurant and sprinted away, authorities says. 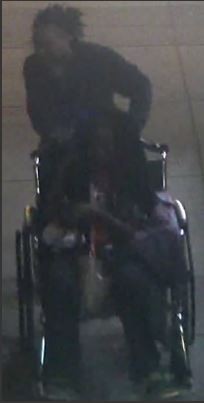 The surprisingly agile crook was caught on video prior to the sneak attack, rolling along as if disabled while an unidentified man pushed her chair, police say. It was about 9:40 p.m. on April 15.

Police released surveillance video clips of the pair on Thursday.

They say the woman targeted a 70-year-old customer at Evangeline's, 512 N. Euclid Avenue. After grabbing the purse, the suspect bolted north on Euclid and then west on Delmar Boulevard until she was out of sight, police say.

The thief is still on the run. Police say she was wearing a Cardinals shirt. She was described as 20 to 25 years old, maybe five feet six at the tallest and 130 to 160 pounds with braided hair. Oh, and she sometimes uses a wheelchair.