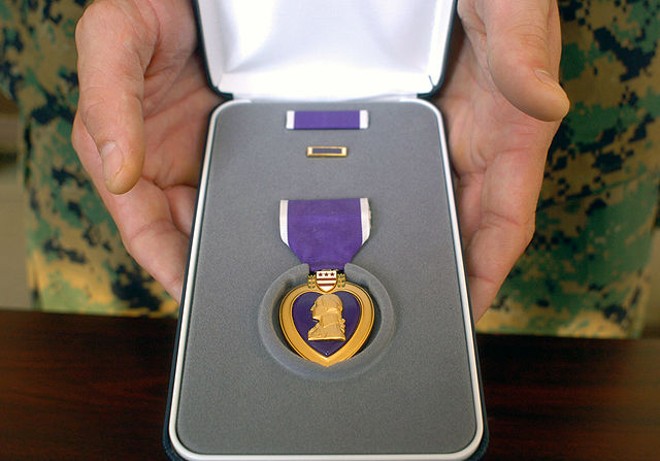 Mark Chartrand seems like kind of a crappy con man.

The 46-year-old former St. Louis soccer coach was busted in 2011 for pretending to be an undercover intelligence agent as part of a convoluted plot to stiff his girlfriend on more than $100,000 in loans.

He did more than a year in federal prison on that one, but it apparently was not a "scared straight" experience for the imposter. Authorities say Chartrand posed as a decorated military vet and Purple Heart recipient during a 2016 trip to California.

Staying in an Airbnb, he parlayed his fake heroics into a line of credit and loans from his host, and then skipped out without paying. Chartrand bilked his latest victims out of about $4,300, the St. Louis Post-Dispatch reported.

He was arrested in February in California on charges of stolen valor and bank fraud and slapped with criminal charges in St. Louis, court records show. He ultimately pleaded guilty only to stolen valor, a relatively new federal crime designed to keep scammers from shamelessly profiting off the good will built by people who have actually served in the military.

Chartrand faces a year in prison and fines of as much as $100,000. He will also have to pay back his victims. He is scheduled to be sentenced on August 22.

In his previous scam, as the RFT reported in 2011, Chartrand talked his then-girlfriend into loaning him more than $100,000. When the checks he wrote her as repayment bounced, he allegedly upped the ante.


Chartrand told the girlfriend that he was an undercover agent with Homeland Security and not to worry. He had a major payment coming to him due to his "extraordinary service" with the agency.  ...

Chartrand then made up phony letters from the federal government, according to the indictment. Those documents suggested that Chartrand was owed $1.5 million in compensation from Homeland Security. Chartrand then allegedly drafted bogus intelligence reports for the agency and showed them to the ex-girlfriend to prove that he was really an undercover operative.

When he still couldn't repay the loans, Chartrand allegedly doctored bank statements to show that he had money in the bank from the government but that the wire service had somehow screwed up the transaction.

Eventually, she went to the police, which is when the series of scams unraveled.