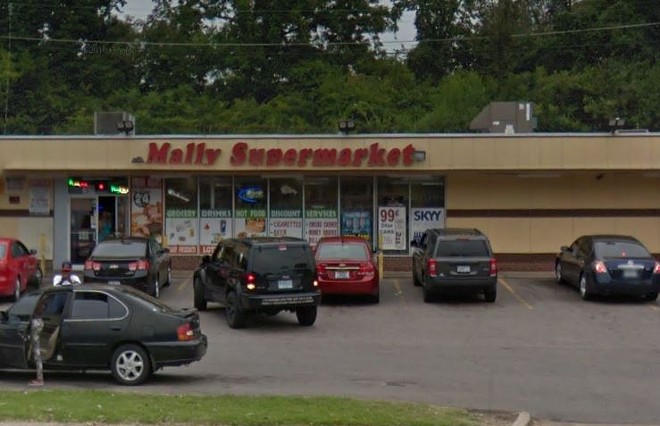 Today is turning into a rainy mess, but things could be worse. You could be working at one of the area convenience stores currently being raided by federal agents and local law enforcement.

Reports of the raids started circulating on Facebook earlier today, and community activist and former Ferguson protester Derk Brown has been tracking law enforcement activity at what appears to be more than a dozen corner stores and shops across St. Louis city and St. Louis County.

It's not clear just yet who's being targeted or what the agents are seeking, although it's apparently a criminal investigation, not an immigration matter. Reporting from the scene of a raid in Hazelwood, Fox 2's Chris Hayes observed, "Agents can be seen pulling merchandise from stores, going through dumpsters and at times confiscating weapons and an ATM."

"Federal special agents with Homeland Security Investigations (HSI), with additional federal, state and local law enforcement partners, are conducting a law enforcement operation in and around St. Louis on May 23," Neduauer writes. "As this operation involves an on-going investigation no further details are publicly available at this time."

We'll update this story as we know more.

Though there's been no official confirmation of that allegation, Jim Shroba, head of the St. Louis office of the Drug Enforcement Administration, told the newspaper that DEA agents had served eight search warrants in the St. Louis area and fifteen more warrants were handled by Homeland Security Investigations and the Internal Revenue Service.