Branson Is One of the 5 Most Dangerous Cities in the U.S. 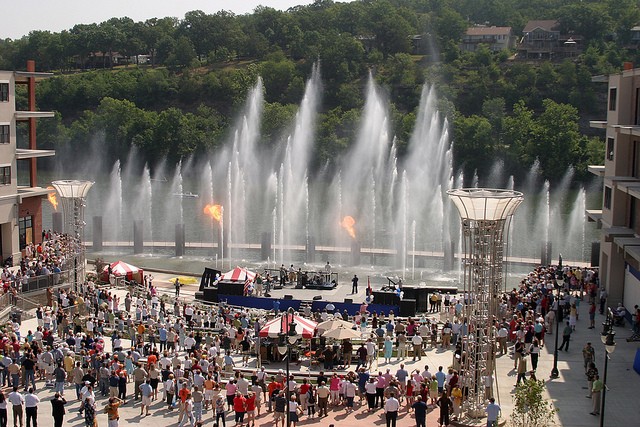 To many people in the rural parts of the state, St. Louis is synonymous with both Cardinals baseball and the country's highest crime rates. But a new study may silence our haters: St. Louis isn't even the most dangerous city in Missouri. And it's certainly not in the top 10 nationwide.

We'll save those honors for Branson.

That's right. Safewise, a home security advice website, released a study May 16 of the 30 most dangerous cities in America. The land of kitschy theme parks and shows ranked at No. 5.

No. 1 was Emeryville, California, and No. 2 was Tukwila, Washington. St. Louis, on the other hand, didn't make the list — and neither did major cities like New York, Washington, D.C. or Chicago. Springfield, Missouri, was the only other city in the Show Me State to make the list, clocking in at No. 30.

How could that be? It has to do with population size. Safewise ranked cities by both violent and property crime per capita using the most recent and complete publicly available data from the FBI — and it included all cities of 10,000 residents or more. Typically, those studies that claim St. Louis is super-frickin' dangerous look at cities of 100,000 or more, and factor in only violent crime, not property crime. (Yet more proof that it's less about the data and more about how you choose to manipulate it ... but hey! This time, that's Branson's problem.)

"The data is adjusted to consider per capita rates, so even though more crimes occur in large cities, they present less risk of becoming a victim of property or violent crime when the rate is adjusted for population," the site explained.

Although St. Louis wasn't mentioned, Safewise addressed the question of why Detroit, also known for high crime rates, wasn't on the list: "While some cities may have a reputation for violent crime, like New Orleans or Detroit, the reality is that you are statistically less likely to experience a crime in major metro areas because the population is larger."

Meanwhile, Kennett, Missouri, was recognized as being one of the most improved cities. It made the top 30 last year, but apparently Sheryl Crow's hometown has put some highly effective measures in place — because it wasn't anywhere on the list this year.

Hear that, Branson and Springfield? There could be hope for you, too. In the mean time, if you need a reprieve from all that crime, may we recommend a trip to St. Louis? Statistics suggest that you'll feel much safer here.