St. Louis Property Assessments Are Way Up — Here's What You Can Do About It 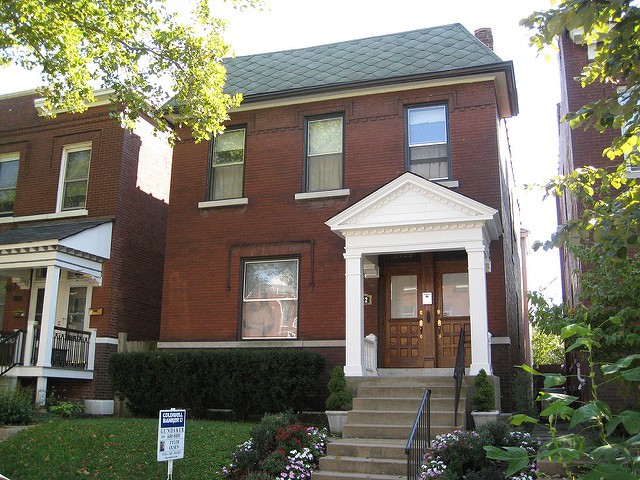 St. Louis real estate prices are rising at a speed unseen since the housing crash — and they're pulling tax bills up with them.

More than one-third of the 140,000 properties in the city increased in value through its latest reassessment, and about 17,000 of those spiked by at least fifteen percent, according to the city assessor.

It's not everyone seeing an increase, however.

That's basically how it always works, he says, but this year was the first major jump in a decade. And if you happen to live in one of the increasingly popular neighborhoods surrounding Tower Grove Park, you were probably hit extra hard.

Andrew Arkills of the community activist group Team TIF mapped the new values to show the average increase (or decrease) by ward. He found the largest increases — an average hike of between 25 and 30 percent for single-family homes — surround the park.

The interactive map provides a graphic view of the sweeping increases in the neighborhoods. Some residents in the wards near Tower Grove Park notched values that more than doubled from their last assessment.

"That area of South Grand, that area around Tower Grove Park, there have been major improvements," he says. So even if you didn't do anything to upgrade your house, you could see your appraisal increase sharply.

The assessor's office has set up a phone bank and, given the rising values, is preparing for about double the number of challenges this year.

"I'm sure there is a little bit of sticker shock," Deputy Assessor Shawn Ordway says.

The assessors are just trying to bring appraised values in line with current prices, Ordway and Dunlap say. The goal is to hit 90 to 100 percent of market value. They use a "mass appraisal" system, computed using data from across the city. They then check that against recent sales. If an appraisal suggests an increase of more than 15 percent, they send staff by to make an in-person inspection of the exterior of the house. (They can walk on your lawn, but they're not allowed to go inside your house without your permission.)

Citywide, the overall value of assessments climbed seven percent and about twelve percent for residential properties. The actual tax rate dipped slightly to 8.3043 from 8.3818.

The city posts the formula for calculating your tax bill on the assessor's site. First you need your assessed value. For home owners, that's 19 percent of your appraised value. Divide the assessed value by 100 and multiply that by the tax rate. The result is your property tax.

There are several options if you think the city messed up. The informal appeal period lasts until June 23. Call 314-589-6581 to schedule an appointment to challenge a residential assessment and 314-589-6586 for a commercial property.

Get ready to make your case with photos of damage the appraisers might have missed, comparable sales in the neighborhood or even your own appraisal by a licensed real estate appraiser. Talk about the value, not taxes. The assessors don't set the tax rate, so your job is to convince them that they've overlooked something that makes your property less valuable than they think. Dunlap and Ordway say they encourage people to call if there's a mistake. Ultimately, they want the correct value, they say.

The informal appeal is a pretty low-risk opportunity to negotiate a correction. The city might not agree to drop the value, but Ordway says they're also not going to look at your pictures and decide to raise the assessment.

If that doesn't work, you can take your case to the Board of Equalization between July 5 and August 25. You'll need to fill out an application for a hearing, and the deadline to make that request is July 10.

Dunlap and four city residents hear the cases, and then the residents decide what to do. Dunlap is the tie-breaker, if necessary. One thing to consider: The board has a responsibility to set the value at whatever they determine is the correct amount. It's rare, but unlike the informal appeal process, they could adjust the value up, leaving you with a more expensive tax bill than when you started.

Property owners can continue the fight to the Missouri State Tax Commission or even the courts. Few take it that far, but nothing says you can't try.