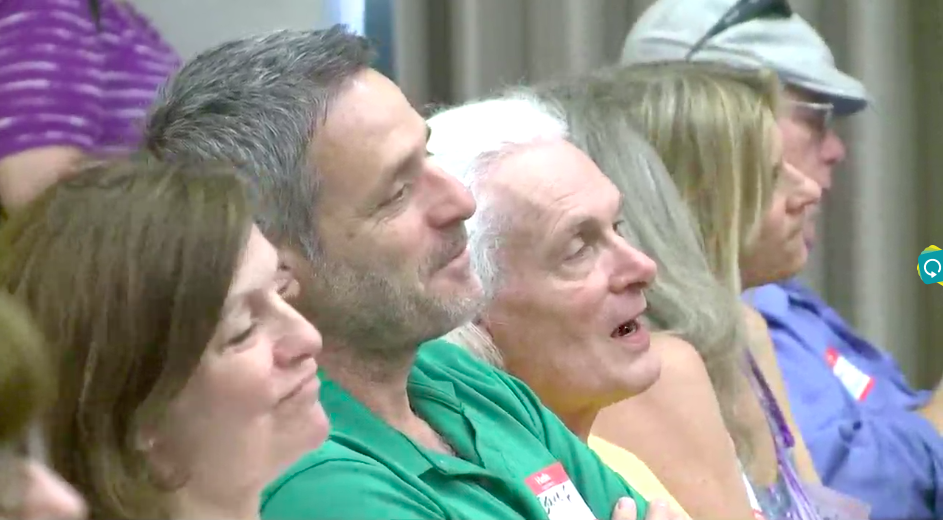 Congresswoman Ann Wagner (R-St. Louis County) may be contemplating a run for U.S. Senate, but the tone coming out of her office lately is more along the lines of Fox News pundit than senior stateswoman.

And no, we're not just talking about her Braveheart-inspired shriek of "freedom," cackled while gutting the Affordable Care Act. This week, Wagner doubled down on her "libtard"-style rhetoric, with a spokesman deriding a bunch of old people attempting to hold a town hall at the Lodge Des Peres over the health care issue as "radical leftists."

Or, to be more specific, "a bogus townhall put on by radical leftists that are not interested in a discussion of the issues and simply interested in protesting and yelling at people who disagree with their viewpoint.” 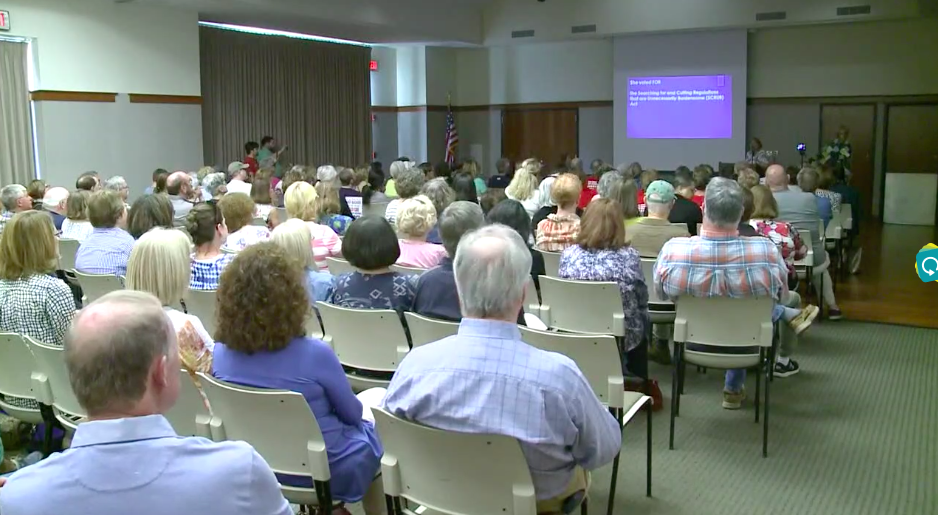 Now, as you can see from the images above captured by KSDK at the would-be town hall, the people who go to these independently staged town hall meetings don't look like the hippest crew you'll ever meet. They may not be the people you want to invite to do shots at your 21st birthday party.

We heard yesterday from one of the organizers, who defended those at the meeting as decidedly typical for St. Louis County. In a letter to the editor, Paul Gordon of Manchester explains, "The attendees at the town hall event are Rep Ann Wagner’s constituents. They are teachers, students, scientists, retirees, business owners, and church, synagogue and mosque members. They are men, women and children with epilepsy, arthritis and cancer; they are people who came aided by canes and walkers.

He continues, "They are people who have real life stories; they are people who will be affected by the policies that Ann Wagner votes for in Congress. These people deserve to be heard by Ann Wagner, yet not only didn’t she attend the town hall or deign to reply to our request to attend, she issues a statement denigrating the very people she is supposed to serve.

"If Ann Wagner is to truly represent her constituents, her attitude towards them has to change. A good start would be for Ann Wagner to listen respectfully to the real-life concerns of her constituents. If she truly listens, she just might learn something about who we really are."

Listen to their constituents? Someone in Congress? Now that's a radical thought.