The Dirty Little Secret of Missouri's SB 43: Whistleblowers Would Get Screwed 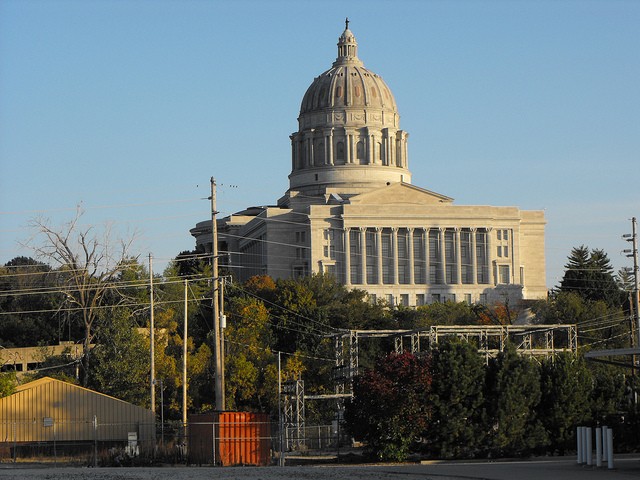 Ever since the Missouri House of Representatives passed Senate Bill 43 Monday night, civil rights activists have been in an uproar, urging Governor Eric Greitens to enact a veto. The bill, which would significantly increase the burden for proving workplace discrimination, has drawn opposition from the ACLU, the NAACP, and a host of other groups.

But there's a little-noticed provision in the bill that also bears noting — one that could have serious consequences for some workers. It's called the Whistleblower's Protection Act.

Ostensibly, the law lays out protections for those blowing the whistle on unlawful acts or serious misconduct. It says employers may not fire those who report such activity or refuse to carry out such directives.

But as is often the case with the law, the devil is in the details. And these details may prove extremely troublesome to anyone attempting to holding an employer accountable — and be compensated after being wrongfully terminated for doing just that.

Chad Reis is a partner at Littler Mendelson who specializes in employment law. He does not share all of activists' concerns about the bill — he believes, for example, that provisions weakening the Missouri Human Rights Act won't devastate victims of racial discrimination so much as they will force lawyers to look more carefully at the cases they take, and encourage judges to throw out the weaker ones on summary judgment. More cases of racial discrimination, too, may land in federal court — and he believes that's not necessarily a bad thing.

But Reis notes that the bill actually puts some pretty significant limits on the remedies available to whistleblowers — remedies that would have real repercussions if, say, someone is wrongfully terminated for reporting their employer's illegal activity.

Namely, instead of being eligible for compensation for their pain and suffering, whistleblowers may only be reimbursed for medical bills related to that, Reis notes. Instead of, say, $75,000 to help redress all those sleepless nights and nail-bitten moments, a worker would be limited to $150 for the doctor's visit where the insomnia was discussed and $75 for a Xanax co-pay.

And that's not all.

Say a whistleblower is fired from her job as, oh, editor of the Riverfront Times (could happen!). Rather than acknowledging that such termination would make it harder to find other employment in a field with limited prospects, and that there might be long-term impact on her earning potential, SB 43 would strictly limit damages to backpay. You lost a year of work while waiting to go to trial? Congratulations: There's a check for two times your yearly salary. That's pretty much all you're getting. (And, of course, that's if you win — not everyone does.)

Finally, the "Whistleblower Protection Act" would take away the ability to be awarded punitive damages, Reis says — which is often a way juries show their displeasure with employers who've acted badly. Let's say Big Bad Corporation fires the guy who caught it cooking the books. No longer can the jury sock the company with hundreds of thousands of dollars in punitive damages, transferring its money to its former employee (and his lawyers) to serve as a warning to other bad businesses. Now the maximum Big Bad Corporation might face in damages in Missouri are a few years of backpay and the actual cost of the ex-employee's medical bills.

Naturally, there's a provision in here seeing to it that the lawyers will still get paid — now they'll be eligible for attorney's fees, something that isn't available under current law. But the whistleblowers themselves? Those limits are real.

"The limitation on damages is significant," Reis says. "Under the current statutes, there could be compensatory damages, punitive damages, future pay — all these things could be awarded." Not anymore.

Is that what Eric Greitens was running on when he ran to change politics as usual? We'll find out by mid-July, by which time he must veto the bill or it becomes law. In the mean time, if your employer starts violating the public trust, never mind what info you have at your disposal: You might want to hang tight and see how all these plays out. You might not be able to afford to blow the whistle in Missouri come August.

Sarah Fenske is the editor in chief of the Riverfront Times. Follow her on Twitter @sarahfenske or email her at sarah.fenske@riverfronttimes.com.