'They're Trying to Kill Me,' Tory Sanders Told Mother Before Fatal Collapse in Rural Missouri Jail 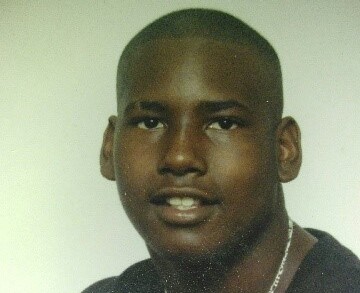 A mentally ill man went to police for help hours before a fatal interaction with officers in a Mississippi County jail cell, his family says.

Tory Sanders, 28, was suffering from depression when he left his home in Nashville and started driving to "clear his head," his aunt, Natasha Nance, tells the Riverfront Times.

When the father of eight ran out of gas in or near the small southeast Missouri town of Charleston, the county seat of Mississippi County, he called his mom and asked what he should do.

"If I go to the police, will they help me?" he asked, according to his aunt.

"Sure, they'll help you," his mother replied. They could at least point him to a bus station so he could get home, she told her son.

The family now says that was a deadly mistake. Mississippi County Sheriff Cory Hutcheson claims that Charleston police brought Sanders to the county jail, where he eventually became "combative" and hurt six officers so badly they had to be hospitalized.

County Coroner Terry Parker says Sanders collapsed while officers tried to restrain him. He was taken to a hospital in nearby Sikeston, where he was pronounced dead shortly after 8 p.m.

The coroner previously told the RFT that there were no signs or foul play or trauma on Sanders' body. Parker says he has not determined the cause of death and is awaiting a toxicology report while reviewing Sanders' medical history.

Sanders family is now trying to figure out what went wrong, and the little they have learned troubles them. Much of their concern focuses on Hutcheson. The newly elected sheriff was arrested last month on eighteen criminal charges, including robbery, assault and forgery. He has also been named in four federal civil suits, including one resulting from the 2015 death of a young mother taken into custody on a DUI charge.

Nance says she does not understand how Hutcheson was still in office with all the allegations swirling.

"Everything he's done, he's still in office," she asked on Wednesday during a news conference with the NAACP in Nashville. "How?"

Hutcheson is finally out of office — at least for now. A judge on Tuesday night agreed to a request from state Attorney General Josh Hawley's request to suspend him, pending an investigation. Those actions are tied to concerns about Sanders' death.

In a press release this morning, Hawley said, “The judge’s order last night will prevent Cory Hutcheson from interfering in our investigation into Friday’s events and death at the Mississippi County jail. And it will prevent him from any further abuse of his office. We have launched a full investigation that is ongoing.”

Nance says Sanders left Tennessee on Thursday, apparently heading to Memphis. Somehow he ended up instead in Missouri's Bootheel region, which is roughly a three-hour drive from his home. His aunt says he got lost.

When Sanders called his mother again at 4 p.m. Friday, he was using an officer's cell phone, and he was in jail, Nance says.

The officer reportedly told the worried mother that police believed Sanders had suffered a mental break and they planned to take him to the hospital. Over the next several hours, the mother and son traded multiple calls. Sanders was growing worried.

He said that multiple times, sometimes claiming they were "electrocuting" him, according to Nance. Each time, an officer would get on the phone and assure the family that they were just trying to help. The officer told Sanders' family they were making arrangements to take him to a hospital in Poplar Bluff, about an hour west of the jail. The family was repeatedly told Sanders had not been charged with a crime, his aunt says.

One of the last calls came between 7 and 7:30 p.m. on Friday, Nance says. This time, they could hear officers speaking in the background, but Sanders was silent.

When the family was eventually able to reach someone at the jail, a woman picked up the phone. Nance says she tried to reassure them.

"The lady said, 'We only tased him twice, and that didn't seem to faze him at all,'" the aunt says.

The family did not know what was going on until they finally got a phone call later that night. This time, it was Parker, the coroner. Sanders' mother screamed when she heard the news; a relative had to take the phone.

Nance says they have been searching for answers ever since. Some of the family made the drive to Missouri to speak with Missouri State Highway Patrol investigators, who are handling the case. Sanders father viewed his son's body, which led them to more questions.

Hutcheson has not discussed the case since emailing a brief statement on Monday. He did not respond to a request for comment on Wednesday.