A mentally ill inmate collapsed and died after struggling with jailers on Friday night in Mississippi County, the county coroner says.

"In efforts to restraint him, he collapsed, which we think there must have been some kind of medical or medicine issue involved here," Parker says.

Sanders was rushed from the Mississippi County Detention Center, which is about 150 miles south of St. Louis, to the Missouri Delta Medical Center in nearby Sikeston, the coroner says. He was pronounced dead at 8:20 p.m. at the hospital.

The cause of death is still under investigation, but an autopsy on Saturday morning showed no signs of foul play or trauma, Parker says. A toxicology report and review of Sanders' medical history is expected to take six to eight weeks. His body was released to a funeral home in Nashville, Tennessee at his family's request, Parker says.

The death comes after several high-profile incidents at the jail, which holds 110 people — and its top official's criminal indictment on unrelated charges. That official, Mississippi County Sheriff Cory Hutcheson, remains in charge of the jail even though he is currently facing eighteen counts in two criminal cases brought by the state attorney general.

Hutcheson alleges that Sanders hurt a half-dozen officers on Friday before they could get him under control.

"There was an incident on Friday evening involving an inmate who became combative and seriously injured six officers before he could be restrained," Hutcheson tells Riverfront Times in an email. "The inmate and six officers were then transported to area hospitals."

The Missouri Highway Patrol is investigating the incident at the sheriff's request, Hutcheson says. He declined to reveal how long Sanders had been in the jail or the underlying charge, referring all questions to the highway patrol and Charleston Department of Public Safety. Neither agency immediately responded to requests for comment on Monday. We'll update the story is we hear from them.

Hutcheson, who was the subject of an RFT cover story last month, is one of seven defendants named in a lawsuit filed after the death of another inmate in 2015. Somer Nunnally, 21, died of a drug overdose as jailers laughed at her, according to the suit.

And Nunnally's death came after a pregnant inmate's baby was stillborn following a stay in the jail. The American Civil Liberties Union in Missouri alleges in a separate lawsuit that Hutcheson ignored Tara Rhodes' pleas for medical help, allowing her to suffer for five days in December 2014 before sending her to a state women's prison five hours away. Staff at the Vandalia facility quickly recognized she was in crisis and sent her to the hospital, but it was too late for her child.

Hutcheson was the jail administrator during both those incidents and became sheriff in January. He was arrested on April 5 after state Attorney General Josh Hawley charged him with eighteen counts in two criminal cases. The young sheriff allegedly assaulted and robbed a 77-year-old hairdresser in March, and then tried to frame her on kidnapping and assault charges, according to Hawley. He is also accused of filing bogus documents in 2014 so he could illegally track the cell phones of a judge, state troopers and the old sheriff.

Those cases and the lawsuits are still pending. Hutcheson, whose peace officer license has been suspended by the state, continues to run the sheriff's office as an administrator. 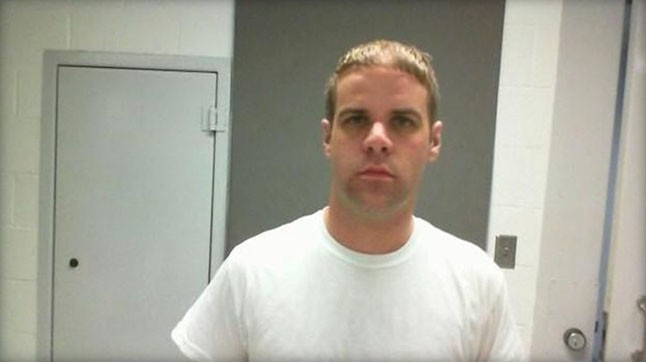