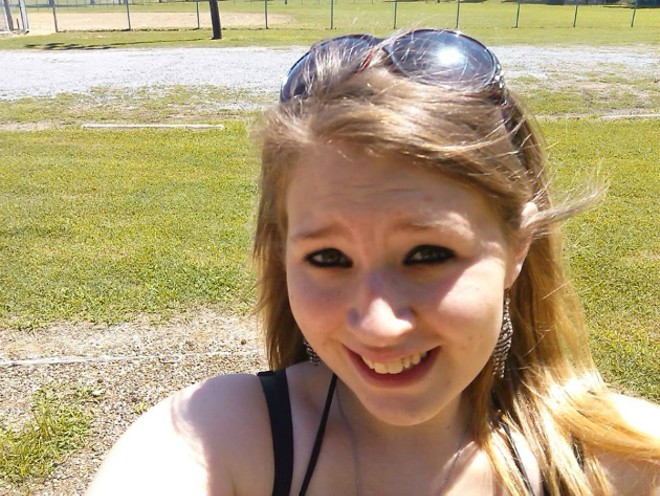 The controversial sheriff of Mississippi County let an inmate die in her cell, according to a new federal lawsuit.

Sheriff Cory Hutcheson, who was arrested last month on unrelated criminal charges, was the county jail administrator in May 2015 when 21-year-old Somer Nunnally suffered a fatal overdose following a DUI arrest.

Lawyers for Nunnally's family filed the suit Tuesday on the two-year anniversary of her death, alleging jailers laughed at the young mother after she passed out next to a toilet in her cell. When someone finally called for an ambulance hours after she was booked, it was too late even to take her to the hospital.

"This particular case, it really is a tragedy," attorney Sam Wendt tells the Riverfront Times. "They had an awful lot of time to provide her with medical care."

Hutcheson was the subject of an RFT cover story last month. He was arrested April 5 on eighteen criminal charges — nine of them felonies — as a result of two separate cases. Missouri Attorney General Josh Hawley alleges the sheriff roughed up a 77-year-old hairdresser in the Bootheel town of East Prairie during a dispute over his sister-in-law's paycheck, and then tried to frame the elderly woman for kidnapping and assault.

Hutcheson was also accused of forging documents so he could illegally track the cell phones of a judge, state troopers and the old sheriff, actions that happened in 2014 when Hutcheson was still a deputy.

Hutcheson, who bonded out of jail just hours after his arrest, continues to run the sheriff's office as an administrator. The state has suspended his peace officer's license, which means he's no longer allowed to make arrests.

Lawyers for Nunnally's family write that Hutcheson was "reckless and/or callously indifferent" to her suffering in 2015. She had been arrested by Charleston police after a single-car fender bender. According to the lawsuit, officers involved in the bust knew she had taken pills, even asking a friend if she had taken as many as the young mom.

From there, Charleston cops took Nunnally to the hospital to have a blood sample taken. Wendt says he and co-counsel Jessica Agnelly have seen no indication that she received any actual medical treatment; the blood draw was done only to gather evidence against her. 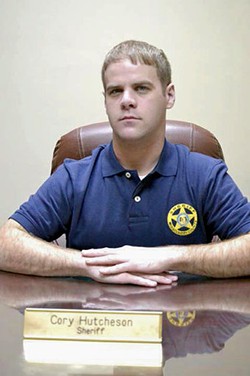 The complaint describes surveillance video of Nunnally's final hours inside the jail. The footage reportedly shows the young woman unable to sit up straight, slumping forward during the initial booking before staff locked her in a cell at 9:41 p.m. During the next seven-plus hours, jail staffers walk in and out of the cell or peer in on her, according to the suit.

The complaint says that Nunnally "makes no apparent movements after 2:18 a.m.," but even though the jailers continue to check on her, none calls for help. At 4:43 a.m., one of the guards looks in on her and "starts laughing and jumps back at what he sees," the suit says.

Two other jail staffers gathered to gawk at Nunnally, the suits says. At some point that morning, one of them reportedly noticed she had urinated on herself but did nothing.

When the ambulance was finally called, medical responders found Nunnally's heart had stopped. County Coroner Terry Parker tells the RFT he pronounced her dead at 5 a.m. He says she died of "mixed-drug intoxication."

The suit, brought by the father of Nunnally's two young children on the kids' behalf, bears troubling similarities to a previous suit filed by the American Civil Liberties Union. In that case, Hutcheson and his subordinates at the jail are accused of ignoring a pregnant inmate's desperate pleas for medical help. The woman suffered for five days in 2014 before Hutcheson finally sent her across Missouri to a state women's prison, the suit alleges. Her baby was stillborn.

Hutcheson, who has maintained his innocence in earlier criminal cases, declined comment on the allegations in the latest lawsuit.

The current jail administrator, Sally Gammons-Yanez, said she would need to speak with her attorney when contacted by the RFT. She was among those who interacted with Nunnally at the jail and is named as a defendant in the suit along with Hutcheson, two Charleston cops, two jailers and the county.

The defendants are accused of wrongful death and violation of Nunnally's civil rights.