Missouri Law Enforcement Made $9 Million from Asset Forfeiture in 2016 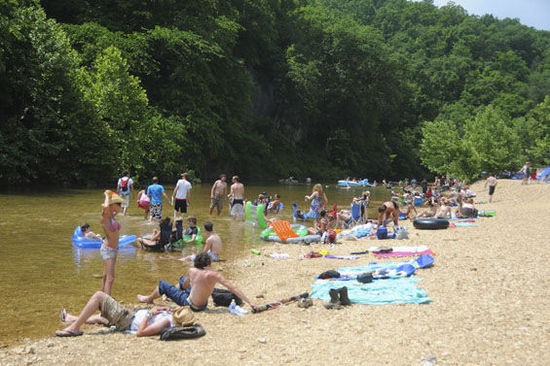 A controversial program that involves the government seizing cash, land and other property led to a $9 million windfall for Missouri law enforcement agencies in 2016, according to state Auditor Nicole Galloway.

St. Louis County police reaped a $1,022,152 payout — one of the largest amounts in the state — and city cops collected $398,292, according to the report released today by Galloway.

The payments are the local share of assets seized under federal forfeiture laws, which allow the government to take possessions, and even property, believed to have been tied to a crime. That could be a car impounded after a drug dealer's arrest or maybe a house bought with dirty money from white-collar scam.

The practice of rewarding agencies for seizures with a portion of the proceeds is controversial, because critics say it creates strong incentives for cash-strapped departments to snatch as much money and property as they can.

The Justice Department, however, says seizing the "tools of crime" can cripple criminal organizations, and divvying up the bounty with state and local cops and prosecutors "fosters cooperation" among the differing levels of law enforcement.

When a Drug Enforcement Administration task force populated with a mix of federal and local investigators arrested St. Louis tanning mogul Todd Beckman and four others late last year on kidnapping and assault charges, the indictment included a request to keep two properties, ten guns and four vehicles, including a Ducati Motorcycle and a van emblazoned with a TanCo logo.

"Subject to forfeiture is a sum of money equal to the total value of any property, real or personal, constituting or derived from any proceeds traceable to such violation(s)," the indictment read.

That case is still pending.

One of the more famous forfeiture cases in recent years was the seizure of Camp Zoe in 2010. The 330-acre campground hosted outdoor concerts and, authorities say, rampant drug use and selling.

Camp Zoe's musician owner, Jimmy Tebeau, was eventually sentenced to prison, and prosecutors successfully wrested away his sprawling property. The federal government later sold the land to the state, which has converted it to Echo Bluff State Park.

State law requires agencies requesting money from the federal forfeiture program have to file reports with the auditor. Galloway says 146 of the state's 678 potentially eligible agencies filed reports in 2016, seeking payments for investigations they participated in.

We welcome tips and feedback. Email the author at doyle.murphy@riverfronttimes.com and follow at @DoyleMurphy.