Here's What You Can Do to Legalize Marijuana in Missouri 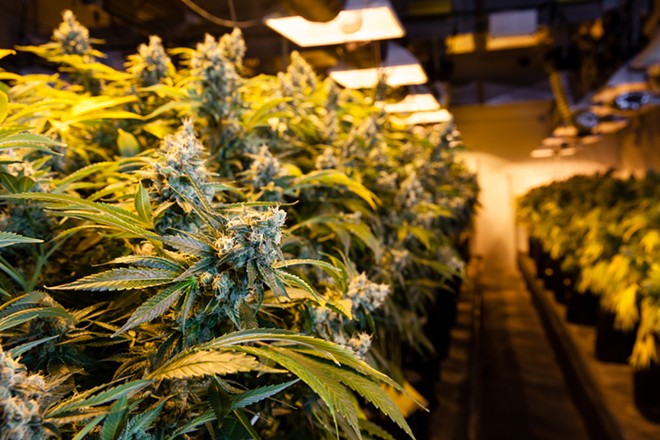 Bummed that 4/20 has arrived once again and marijuana still remains contraband in Missouri? You could get mad about last year's aborted attempt to get medical marijuana on the statewide ballot. Or you could take these simple steps to make sure your pot dreams don't go up in smoke again in 2018.

Here are some options:

1. Become a volunteer petition gatherer.
New Approach Missouri, the group with the best shot of getting medical marijuana on 2018 ballots, is hosting an online training session next week. Join the event on Facebook to learn more.

2. Sign a petition to support medical marijuana.
Yes, many petitions are strictly symbolic (we're looking at you, Change.org). But not in this case. The whole reason pot didn't make the 2016 ballot is that petitioners failed to get enough signatures in St. Louis County. So if you're a county resident, you might want to think about doing your part. New Approach Missouri has a long list of locations online where petitions are available for signing, complete with hours. Drop by, add your signature and rest assured you're doing your part to make sure this initiative actually makes the ballot. Many local vape shops, Earthbound Brewing and Pets in the City are all on the list.

3. Actively seek out candidates who agree with you on this issue.
Maybe you still think Donald J. Trump is going to make America great again. But if marijuana is on the list of issues you care about, you may regret voting for a guy who picked Jeff Sessions to be U.S. attorney general. Even as public support for legalizing pot is at an all-time high (with 61 percent saying marijuana should be legal), Sessions has said he'd like to revisit the Obama-era policy of letting states follow their own compass on the issue. "Experts are telling me there's more violence around marijuana than one would think," says the attorney general.

Don't forget your local elections, either. You might be surprised to find that even some conservative Missouri lawmakers are warming to the idea of medical cannabis, and there's nothing stopping you from calling up your state representative or senator and letting them know how their stance on pot affects your vote.

With a new administration in the White House and conflicting federal and state laws, it's still not clear how all this will play out, but let's just say that going forward, you might want to think, instead of toke, before you vote.