Lyft Could Return to St. Louis Thanks to Passage of Bill Authorizing Ride-Sharing 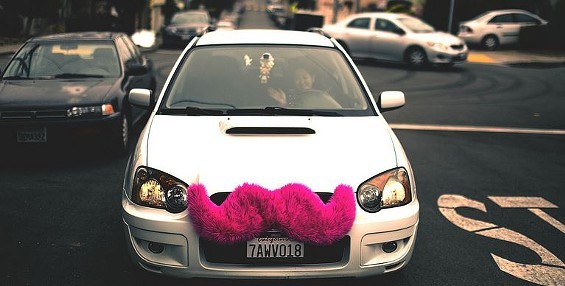 More than three years after Lyft launched in St. Louis, only to be shut down by a lawsuit from the Metropolitan Taxicab Commission and a city judge, the ride-sharing service could make a triumphant return.

That's thanks to new statewide regulations for ride-sharing, which cleared the Missouri House of Representatives earlier today. The bill now heads to Governor Eric Greitens' desk for his signature — a move that appears likely at this point in time.

Scott Coriell, a spokesman for Lyft, confirmed that, with Greitens' signature, the company could expand operations beyond Springfield, the only Missouri city in which it currently operates.


Lyft is incredibly excited by passage of this bill, which will allow us to expand operations in Missouri and bring increased economic opportunities and transportation options to those around the state. We are currently working on expansion plans, pending signage of the bill, and hope to announce those soon.

Uber has been operating in St. Louis since September 2015, when it announced it was filing a lawsuit against the taxi commission and turning on its app in defiance of regulators. The legislature's bill will merely provide a regulatory framework for what it's already doing.

But Lyft was chased out of the city back in April 2014 after it made an earlier attempt at the same thing. Police started pulling over cars sporting the ride-sharing service's signature pink mustaches, and the taxi commission filed suit against the service. In response, a judge ordered Lyft to cease operations and disable its app.

While the taxi commission later passed its own regulations for ride-sharing companies, and the judge lifted his anti-Lyft order, neither Lyft nor Uber was willing to submit to the commission's requirements — which included fingerprinting. Uber has argued that its online background checks are just as good, and that sparing drivers from the onerous in-person fingerprinting requirement is essential to its business model.

The legislation passed today should be more to the ride-sharing companies' liking.

It requires that they pay a $5,000 fee to be licensed (that's per company, not per driver), but says nothing about fingerprinting. The bill would also exempt them from local and municipal taxes.

In a move sure to please the taxi commission, however, it allows airports to charge access fees to those dropping or picking up customers. Those fees currently provide the base of the St. Louis taxi commission's funding.

Are airport pickups now also a possibility? It appears so at this point; we'll continue to follow this story and see how things shake out.

W Thomas Reeves, a commissioner with the Metropolitan Taxicab Commission, or MTC, said this in a prepared statement:


The MTC has tried over several sessions to work with legislators to make using all vehicles for hire as safe as possible for riders and fair for their drivers, while acknowledging the inevitability of [ride-sharing companies]. The impact of this bill on the taxi industry isn’t yet clear, but the MTC will be monitoring it. Some [ride-sharing companies] have been operating without any oversight in St. Louis for years. That will change when this becomes law.