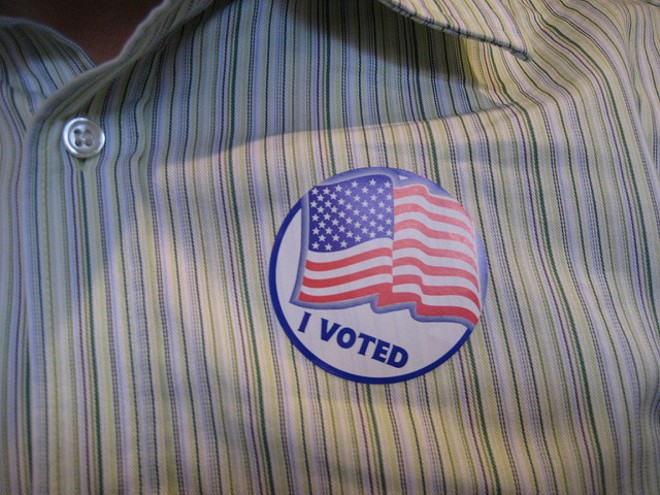 The federal investigation into a sketchy primary election in north St. Louis is not over yet.

In the past two weeks, absentee voters in the 78th House District have opened up their mailboxes to find letters from the acting U.S. Attorney of Missouri's Eastern District.

"Our Office is investigating complaints of possible irregularities in the manner in which absentee ballot applications and absentee ballots were handled during the primary election held on August 2, 2016," says a copy of the letter obtained by the Riverfront Times.

That primary, of course, is the one involving the city's Hubbard dynasty — and their reliance on absentee ballots. It spawned a series of high-profile court battles that eventually led to do-over elections in two races.

Then-state Rep. Penny Hubbard and Rodney Hubbard both slipped past their opponents — Bruce Franks, Jr. for the 78th House District and Rasheen Aldridge for a Democratic committee seat — on the strength of their overwhelming success on absentee ballots.

But Franks and Aldridge, with the help of attorney David Roland, had been questioning the Hubbard family's years-long run of stunningly high percentages among absentee voters even before the primary. They urged elections officials to take a closer look.

As the RFT reported back in August, state and federal investigators had become curious, too. Judges, citing irregularities, eventually ordered special elections for both races. Franks and Aldridge won by huge margins in the rematches.

Penny and Rodney Hubbard couldn't be reached for comment, and attempts to contact them through their former attorney were unsuccessful. Alderwoman Tammika Hubbard, who won handily on Tuesday to hold onto her seat in the 5th Ward, told the RFT she did not know anything about an investigation before hanging up. (Tammika Hubbard was not up for re-election in the August 2016 primary.)

The once red-hot controversy had cooled until recently, when the U.S. Attorney's letters began to arrive.

The letters, dated March 21 and signed by acting U.S. Attorney Carrie Constantin, ask recipients to call them if they didn't apply for an absentee ballot, did not vote in the primary, applied for an absentee ballot and didn't get it, or if they have "any information that you believe would constitute evidence of voter fraud... "

Constantin confirmed prosecutors were looking into the primary after questions were raised about the absentee ballots.

"We're attempting to do a comprehensive investigation, and we're in the middle of it," she told the RFT.

Constantin declined to say if investigators were looking at anyone in particular.

Aldridge's grandmother, Dorothy Finley, was among those who received one of the letters. She says she requested an absentee ballot, but it never arrived, so she voted in person.

When the U.S. Attorney's letter arrived, Finley was happy to call. She says a female investigator definitely had the Hubbards in mind.

"She just asked me about Penny — a lot of questions about Penny," says Finley, a senior home resident in the Carr Square neighborhood. "I told her it's nothing new about what Penny's been doing. They've been doing it for years."