Update: One Dead in MetroLink Shooting Near UMSL; Berkeley Man Charged with Murder 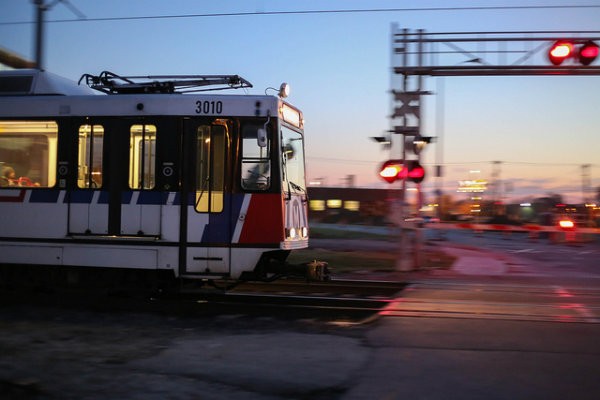 Editor's note: This story was updated after publication with new details.

A 22-year-old St. Louis man was gunned down late Wednesday night aboard a MetroLink train pulling into the University of Missouri-St. Louis station — the second deadly shooting along the rail system in less than three weeks.

The victim, Jesse Boone of the West End neighborhood in north city, had been in a physical fight with another passenger as they rode in the back of the train, according to St. Louis County police. At about 11:15 p.m., the other passenger pulled out a gun and fired.

County police officers assigned to the train system were called while the train was still en route to the USML South MetroLink Station, 7790 Natural Bridge Road. They arrived in time to capture the shooter, still carrying the gun, as he bolted out of an exit, authorities say.

Police identified the suspected shooter as eighteen-year-old Djion Oates of Berkeley. He was charged with murder, armed criminal action and unlawful possession of a firearm. Oates had been on probation for a 2014 robbery.

The killing follows another fatal shooting last month. Mac Payne, 57, had just exited the train on March 19 at the Busch Stadium stop and was walking along the platform when he was shot in the head. Nineteen-year-old Marvin Burt Jr. and Warren Whitehead, 21, were charged with second-degree murder.

Police say the two were robbing a father and his adult son aboard the train when Burt's gun went off, firing a bullet through the window and into Payne's head.