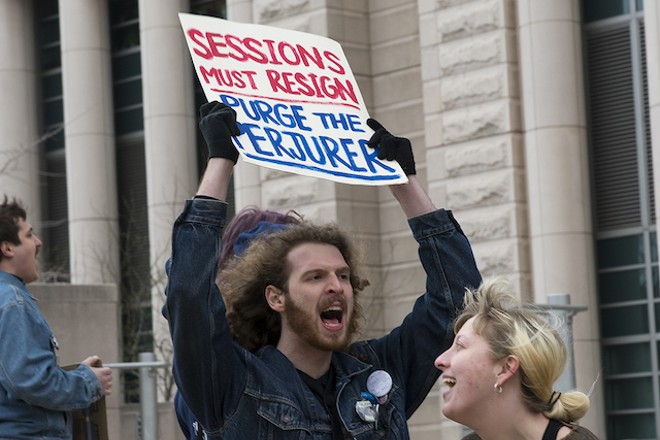 The twin rise of heroin and murders in recent years signals a trend that, left unchecked, could return the country to an era of crime and violence unseen since the 1970s and 1980s, he warned an audience of law enforcement this morning at the federal courthouse in downtown St. Louis.

"My fear is that this surge in violent crime in St. Louis, and throughout America, is not a 'blip,' but the start of a dangerous new trend," Sessions said during his prepared remarks. "This increase risks losing the hard-won gains that have made our country a safer and more prosperous place — gains that were made on the backs of the brave men and women in uniform."

Sessions, an early supporter of Donald Trump's campaign and, until February, a Republican Senator representing Alabama, is the man charged with carrying out the President's law-and-order promises to crack down on crime while supporting police. His visit drew several dozen protesters, who carried giant letters, spelling out "R-A-C-I-S-T L-I-A-R." 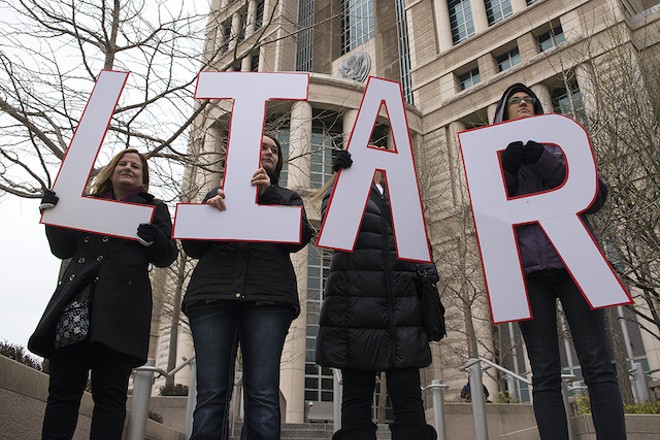 One person was taken into custody after a brief confrontation with law enforcement.

Sessions' message on Friday included strong notes of nostalgia for Reagan-era drug policies (often blamed for mass incarceration of minorities), while promising a strong hand to shepherd the country to safety.

Conspicuously absent from Sessions' remarks was any mention of the Justice Department's Ferguson report following the fatal shooting of Michael Brown. Under the previous administration, the Justice Department targeted systematic abuse, detailing practices of police and courts that hammered people, especially poor minorities.

Sessions, who has been dismissive of the report and admitted he read only a summary, spoke generally about Ferguson as "an emblem of the tense relationship between law enforcement and the communities we serve" while giving only glancing recognition to the police abuse side of the equation.

"Certainly we must continue to address police misconduct," he said in his only acknowledgment of a topic that his predecessors spent months investigating. "You can be sure the Department of Justice will continue to fulfill its role."

From there, Sessions jumped immediately to the argument that problems lie with a few bad apples. "But we can’t lose sight of two things: First, the vast majority of men and women in law enforcement are good and decent people. They who have chosen to do the tremendously hard and dangerous jobs because they believe in what they are doing," he said, adding that he's heard from police in some cities who are having a hard time recruiting officers.

"We do not want to do anything that diminishes our ability to attract and reward and give a fulfilling life to people who want to serve in law enforcement," Sessions said. "We've got to be careful how we conduct ourselves."

Police have been "unfairly maligned," the attorney general continued, and the possibility of becoming a "viral video" prevent officers from doing the kind of "up-close policing" that is most effective.

Sessions spoke for about 25 minutes on the first floor of the Thomas Eagleton Courthouse. He took no questions from reporters, before heading upstairs for what officials said would be a closed question-and-answer session with law enforcement.

ArchCity Defenders, a nonprofit law firm that made significant contributions to the Ferguson report, has warned that the Justice Department’s new reluctance to investigate local police departments will hurt people victimized when cops break the rules.

"Our region cannot be misled by his exploitative crime control rhetoric which invokes panic, perpetuates state violence, dismantles families of color and the poor, and ultimately devastates our communities," ArchCity said in a statement this morning. 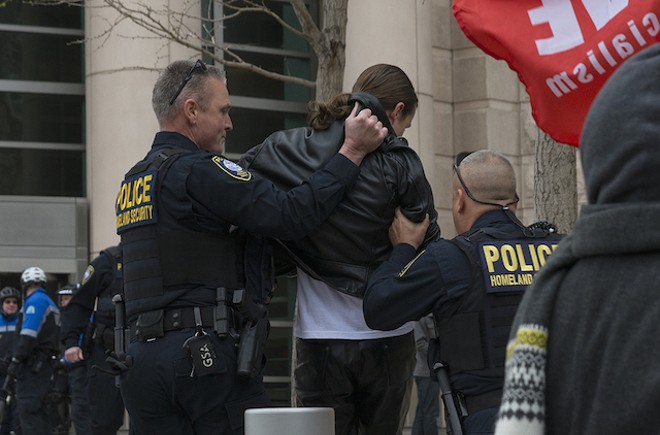