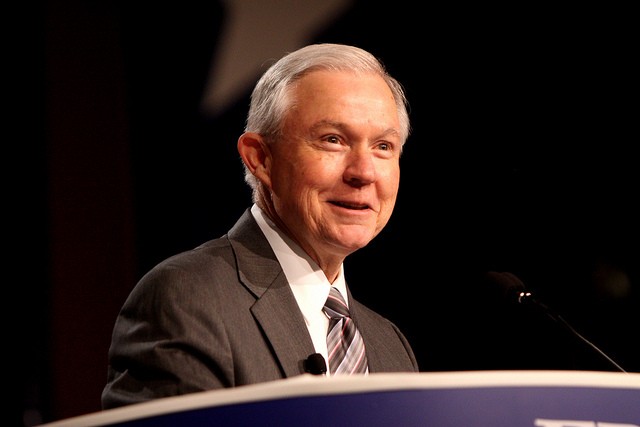 Jeff Sessions, the new Attorney General of the U.S., is coming to St. Louis on Friday.

Sessions will "speak with federal, state and local law enforcement about efforts to combat crime and restore public safety," according to the Justice Department.

The former Senator from Alabama is President Donald Trump's right-hand man when it comes to carrying out campaign promises to crack down on crime and support police across the country.

That worries some, especially since Trump seems to have a pretty weak understanding of crime in the United States. He famously told the New York Times Magazine that Ferguson was "among the most dangerous in the world."

"You go to places like Oakland. Or Ferguson. The crime numbers are worse. Seriously," Trump told the magazine.

They're not. Ferguson's crime rate is not even the worst in St. Louis County.

Ferguson is, however, under a consent decree after the Justice Department, now under Session's control, described a number of exploitative and abusive law enforcement practices.

Sessions, who is among the Trump appointees criticized for some questionable contacts with Russian officials, is scheduled to speak at 10 a.m. in front of reporters at the Thomas Eagleton Courthouse (111 S. 10th Street.) Should be interesting.