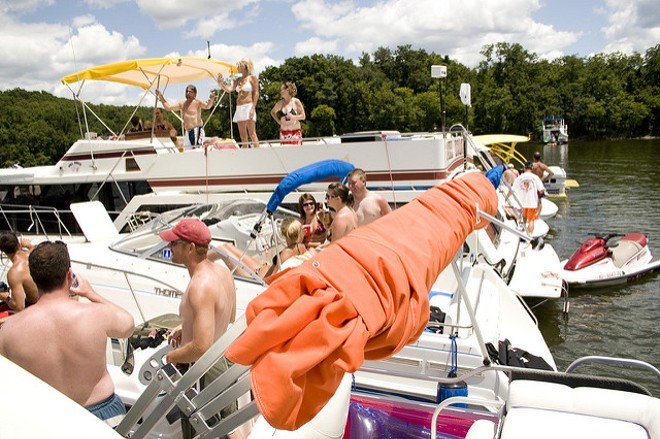 A new service promises to bring all the ease of Uber to the Lake of Ozarks, allowing visitors to charter a boat ride across the water in real-time — with just the touch of a button.

That’s what Zach Hatraf, CEO and founder of Anchor, hopes to make a reality this summer. Some have called his brand-new venture "Uber on the Water," but Hatraf isn't pushing the comparison. He instead likens his service to Airbnb.

The service is simple: Passengers can hire a boat driver through Anchor’s mobile app. Like many ride-sharing apps, Anchor will feature a rating system to ensure maximum satisfaction and revenue, and options for boat types (currently unknown if "rubber dinghy" is on the list).

The concept for Anchor grew out of a personal loss; in 2006, Hatraf's best friend was killed in a collision at Party Cove. That inspired him to start "Who's Your Captain," a program that provides sober, U.S. Coast Guard-licensed captains for hire on the water.

But Anchor has less stringent qualifications. Like Uber, Anchor demands only that its boat operators pass a background check and have a valid driver's license. Because it's a "bareboat service" rather than a "passenger for hire" service, Hatraf claims in a video on Anchor's Facebook page, boat drivers don’t need a captain’s license so long as they carry a standard driver’s license, comply with local laws, and book through Anchor.

The Lake of the Ozarks, particularly the infamous Party Cove, is known for numerous accidents over the years, often fueled by alcohol, adrenaline and animalistic acts.

“Anchor will provide those who want to be on the water a chance to sit back and enjoy a safe ride,” Hatraf writes in a prepared release. “We will offer people a quick and inexpensive way to get around the Lake."

The service hopes to launch by Memorial Day, but needs to enlist enough drivers to make it work.

"We can’t do this without great drivers," Hatraf writes. "We need their help.”