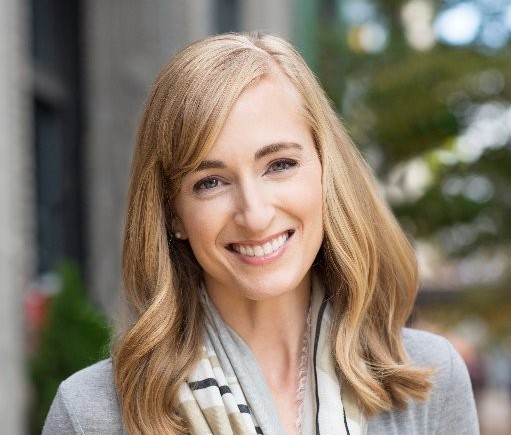 Hell hath no fury like a political candidate scorned. After a receiving a smackdown from a circuit court judge last week, persistent mayoral-hopeful Kacey Cordes has made it her mission to shame the St. Louis Board of Election Commissioners and, in the process, overturn the results of March 7's primary election.

On Monday, Cordes filed a lawsuit against the city Election Board, demanding that the names of both the Democratic and Republican winners of the March primary be struck from the April 4 general election ballot. The lawsuit alleges that Lyda Krewson, who won the hotly contested Democratic primary, never properly paid her filing fee to the St. Louis City Democratic Campaign Committee, as mandated by city election law.

Instead, Cordes' suit notes — correctly! — that Krewson's most recent campaign filing report shows the $1,310.20 filing fee paid to a "Democratic Central Committee" and lists an address in Ballwin. That may be close to the real thing, but isn't — like everything in St. Louis, there's a city organization and a county organization for the Democrats, and never the twain shall meet.

Along with some missing paperwork related to the filing fee, the mixup between Democratic committees amounts, in Cordes' mind, to a violation of the city ordinances and should result in Krewson losing her spot on the April ballot — a move that would effectively disenfranchise the roughly 17,000 voters who awarded Krewson a narrow primary victory just weeks ago.

Reached Monday night, Krewson's campaign spokesman Ed Rhode offered a one-line response: "This is a frivolous lawsuit." Rhode attached a copy of Krewson's bank records, showing that her campaign wrote a check for $1,310.20, dated November 28, 2016 and made out to a "Democratic Central Committee."

And here's what's important about that: The check was endorsed in February by a guy named Jesse Todd. Todd, the 18th Ward Democratic committeeman Jesse Todd, also serves as treasurer of the St. Louis City Democratic Campaign Committee — and, yes, that's the city organization, not the county one.

So what happened here? Best we can tell, the fact that Krewson's check was made out to the "Democratic Central Committee" instead of the "St. Louis City Democratic Campaign Committee" indicates that someone with the Krewson campaign failed to use the proper name for the organization, and someone filling out Krewson's campaign finance reports wrote the address for the county organization instead of the city one. But the check apparently still went to the right place, with the city organization's treasurer signing for it.

Still, Cordes insists that city law has been broken — and that even a minor screwup should convince a judge to upend the city's electoral process.

Cordes' lawsuit — which she filed on her own behalf, with no attorney listed — isn't just directed at Krewson; it also demands that the Republican primary winner, Andrew Jones, lose his spot on the general election ballot. He allegedly outright failed to pay his pay his filing fee. However, according to documents Jones filed with the Election Board in January, the St. Louis City Republican Central Committee actually waived Jones' obligation to pay the fee.

In a post published to Cordes' campaign Facebook page Monday, the 38-year-old U.S. Bank project manager made no attempt to conceal her disdain for the city's election board, which last month rejected her candidacy for mayor on the basis that she didn't fulfill the signature-petition requirements levied on independent candidates. (More that brouhaha here.)

"[T]he Election Board knowingly ignored this electoral requirement and, in direct contravention of City ordinance, waived the requirements," Cordes wrote. "This is not an indictment of Mr. Jones or Alderwoman Krewson; rather, this is an indictment of the City of St. Louis' election system and Election Board who is supposed to ensure fairness, transparency, and rule enforcement."

Cordes, for her part, tweeted last week that she still plans on running for mayor. Over the weekend, she tweeted that her campaign was about to reveal a plan "inspired" by comedian John Oliver. In a Monday tweet, Cordes did not explain details of the "#Oliverplan" but did predict that it will help "most citizens" in St. Louis reduce debt and gain economic opportunity.
Follow Danny Wicentowski on Twitter at @D_Towski. E-mail the author at Danny.Wicentowski@RiverfrontTimes.com