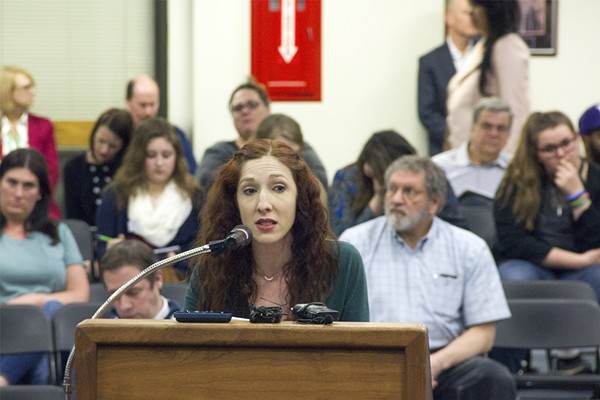 Before the pregnancy statistics and photos of sore-covered genitals, the Best Choice sexual education course presents an quick lesson — a lesson about love.

"Men, do you think women want you to win twenty minutes in a bed with her, or do you think she wants you to win her heart?" reads a set of presenter's notes included in the slideshow aimed at high school students. The slide itself shows a red rose framed by jagged lettering spelling the words, 'Is Love just a feeling?'

The slide's presenter notes continue: "By having sex before marriage you remove the motivation to commit. Love in its truest form is not simply a feeling but a decision."

As with nearly all the slides, this one is stamped with the branding of Thrive, a St. Louis-based "Christ-centered" anti-abortion group that receives state funding to operate crisis pregnancy centers. Thrive created the Best Choice program about two decades ago, and its instructors maintain a presence in dozens of schools around St. Louis.

However, a group of increasingly vocal parents say they've been cut off from the decision-making process when it comes to Best Choice. In past weeks, these parents started showing up at school board meetings and info nights with demands to see the full slideshows and teaching materials used by Best Choice in the classroom.

But those questions have gone unanswered. Best Choice does not make its curriculum materials available to the public, a fact that's prompted calls for transparency and driven criticism that the program — while ostensibly free of religious messaging — is actually designed to push a moralistic, shame-based philosophy aimed at scaring kids away from sex.

"The real issue is, what does Thrive-Best Choice teach our students?" Parkway school district parent Sally Hunt asked at March 8 board meeting packed with parents, students and advocates for comprehensive sex education.

"We want to know 100 percent of what they teach," Hunt said. She noted that she and other anti-Thrive parents have been accused pushing a pro-abortion agenda, saying, "These are distractions. The real issue is what does Thrive-Best Choice teach our students in Parkway schools? To be clear, that is the only issue here, and the only issue that we should be talking about."

Van Means insists that the classroom materials used by Best Choice comply with the state's sex-education laws, which stipulate that sex-ed courses be both medically accurate and present abstinence as the “preferred choice of behavior," the only method that can guarantee prevention of pregnancy, STIs and "the emotional trauma associated with adolescent sexual activity."

"We focus on teaching abstinence and that it’s the best choice for any form of relationship," Van Means tells the RFT after the March 8 Parkway school board meeting. In response to questions about the program's lack of transparency, she explains that Thrive is working to build a "parent portal" to the Best Choice website that will provide additional information about the sex-ed courses.

"We don’t have anything to hide," said Van Means. "We’ve been in this community for 33 years as Thrive, ten years with Best Choice, and we've done 100,000 units of classes. Never before this have we ever had a complaint."

Some parents, though, would beg to differ. A public Facebook group called Expose Thrive! has gathered more than 1,000 members, including parents who have posted about their previous attempts to complain about Thrive and the Best Choice curriculum. 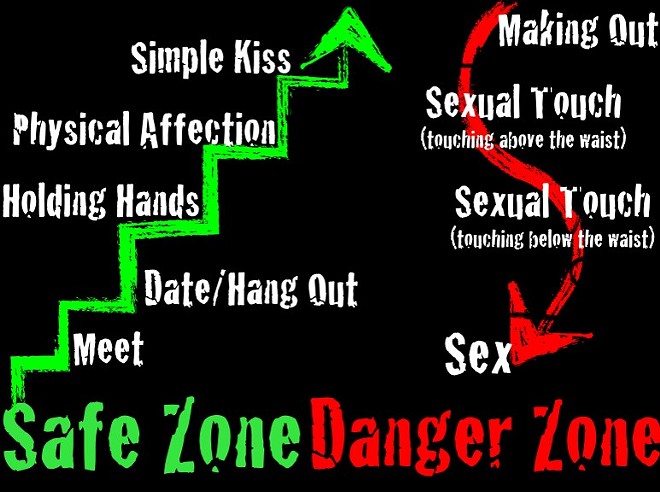 Presently, parents seeking to view the Best Choice curriculum must file a formal request with their school district and hope they can arrange a private viewing with a Thrive employee. However, a group of parents advocating comprehensive sex education recently obtained digital copies of Best Choice slideshows and presenter notes.

To some extent, a review of the slides counters one criticism of the program: There's no mention of God, Christianity or the spiritual consequences of sexual activity. Still, the slides present a broadly negative view of sex that goes beyond the independent risks of STIs and pregnancy, mixing moral messages about love and relationships with statistics about depression and suicide.

In a text message, Van Means confirmed that the slideshows provided to RFT are authentic, but noted that they appear to be an "older version which contains outdated references," and that the organization has since updated the content. Van Means did not respond to a follow-up question seeking clarity on what content has been updated.

Best Choice has also been accused of presenting emotionally manipulative classroom activities under the guise of promoting healthy relationships. According to a Post-Dispatch report, one activity involves sticking and unsticking a piece of tape on the arm of several students — a metaphor for how pre-marital sex could leave you less able to truly "bond" with your spouse.

But the program is still shrouded in a degree of mystery, especially as far as the details are concerned. The Best Choice website currently delivers visitors to a blank page featuring the organization's logo and a one-line encouragement: "Check back soon for awesome updates!" 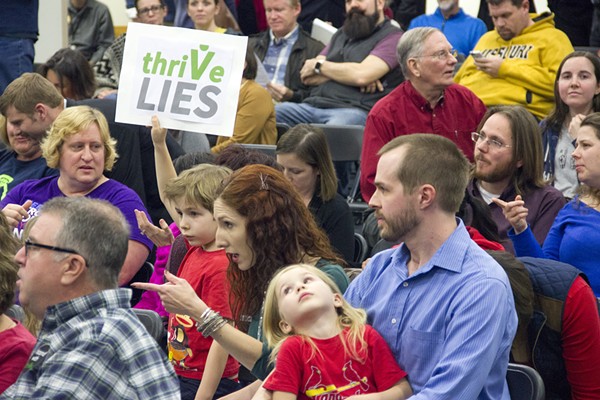