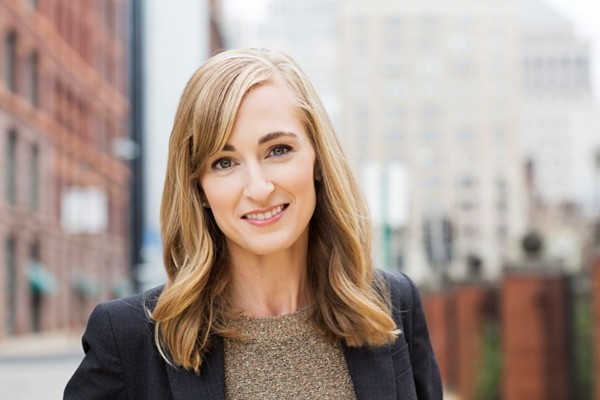 Kacey Cordes and the St. Louis Board of Election Commissioners faced off in court this morning, with lawyers for both sides trading arguments over whether the 38-year-old mayoral hopeful deserves a spot on the April 4 general election ballot.

Cordes' barely month-old campaign as an independent mayoral candidate ran aground in February after the Election Board invalidated her candidacy. The board cited her failure to turn in roughly 500 signatures from registered St. Louis voters — a requirement stipulated in the city's election ordinances. In response, Cordes sued the board, arguing that the commissioners had misinterpreted the requirements for independent candidates.

That Wahby, a well-known power broker in city politics, would feel the need to weigh in on the case implies that Cordes' candidacy represents more than just a sideline annoyance for local Democrats. As we reported Tuesday, Cordes' lawsuit argues that an independent candidate should be allowed essentially to nominate herself to the general election — without the pesky requirement for signatures — because of a loophole for "independent," as opposed to "non partisan," candidates.

For Dueker and the Election Board, however, that semantic distinction is meaningless in a city whose election laws only make sense when the terms are used interchangeably.

"Yes, collecting 500 signatures is hard, but two other people did it for this election," said Dueker in court, referring to independent mayoral candidates Larry Rice and Tyrone Austin, both of whom paid their filing fees and (unlike Cordes) provided the requisite signatures by the February 13 deadline.

Dueker added, "The idea that we have to put off all voting because one person doesn’t want to follow the rules? That’s absurd."

Judge Moriarty did not issue a ruling at the conclusion of the hearing, but a decision could come down as soon as this afternoon or Monday. The elections board is seeking a quick decision so that it can start printing ballots for the general election.
Follow Danny Wicentowski on Twitter at @D_Towski. E-mail the author atDanny.Wicentowski@RiverfrontTimes.com