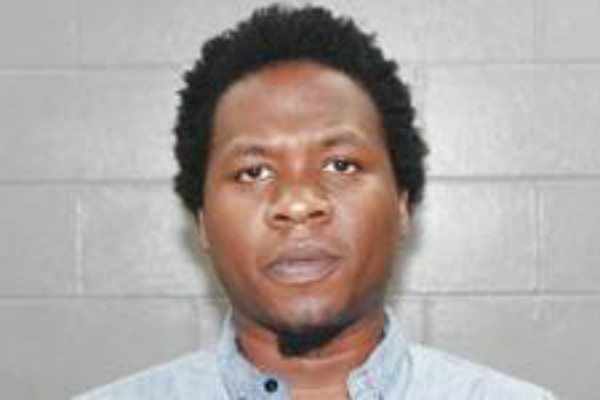 Accused JCC bomb hoaxer Juan Thompson, an ex-journalist and a St. Louis native, is an "unstable" menace and a threat to his ex-girlfriend if he's released from federal custody, a prosecutor says.

Thompson was in federal court today in St. Louis for a hearing to decide if he will have to remain behind bars while he awaits trial on cyber-stalking charges. The FBI says the 31-year-old called in bomb threats to eight Jewish community centers and tried to frame his ex-girlfriend in a bizarre revenge plot.

"It is a crime of violence," Assistant U.S. Attorney Howard Marcus told the judge. "It is a very hateful crime that was designed to destroy the life of this young woman."

Thompson was wearing a short-sleeve orange jumpsuit and orange sandals when U.S. Marshals brought him into the courtroom. He smiled slightly and gave a small wave to a half-dozen relatives, including his mother and stepfather, who were seated in the second row.

Thompson was the subject of a 2016 Riverfront Times cover story that explored a complex path of lies and half-truths that eventually cost him a reporting job at the New York City-based news site The Intercept. (Full disclosure: After speaking with police, I believe he also attacked me through a series of anonymous social media accounts. Marcus referenced that situation in asking the judge to hold him without bond.)

Thompson's ex-girlfriend in New York was granted a restraining order, but that did little to stop months of harassment, authorities say. Starting in July 2016, the attacks included impersonating a TV news producer and emailing the woman's employer, claiming to have information about the woman being sued for spreading a sexually transmitted disease, according to the federal complaint.


He also sent pictures of the woman with a target drawn on the face to her mother, Marcus says. More recently, the harassment expanded to include bomb threats, which victimized even more people, according to authorities.

Thompson is being represented by Lucille Liggett, a federal public defender in St. Louis. She asked the judge to release Thompson on house arrest in the custody of his mother and stepfather with a curfew and an electronic monitor.

Thompson, who attended Vassar College (a college spokesman has told the RFT he did not graduate), is highly educated and could find a job, Liggett claimed. But while he told the court he'd been employed by a housing company that paid him $5,000 a month, Liggett says she was informed by Thompson's mother that he recently lost that job.

If he has to go to New York City to face the cyber-stalking charges there, a family member could drive him and act as a chaperone, Liggett says. Thompson would agree not to use computers or go online under that arrangement, she said.

But Marcus told the judge he did not see any set of circumstances that would keep Thompson from being a risk if he was released from custody, pointing out that he was living with family when much of the alleged harassment occurred. He would have little trouble circumventing any monitoring to go online, the prosecutor claimed.

"He lives on the dark web," Marcus says. "He knows these things."

The judge made no immediate decision about whether to set bond for Thompson.

A hearing to decide whether to extradite Thompson to New York was delayed until March 15. Prosecutors asked for the extension to give them time to present their case to a grand jury. He is currently in federal custody at the Warren County Jail.