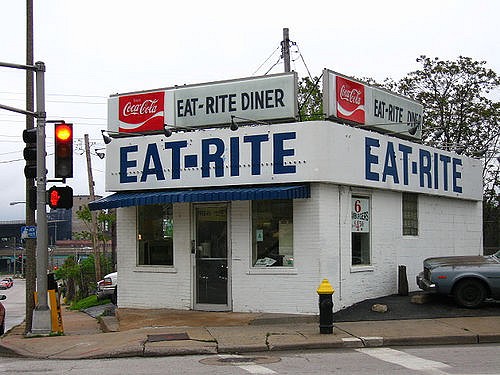 Bommarito, 51, was charged today with first-degree assault, armed criminal action and unlawful use of a firearm, court records show — all felonies. He is the son of Vincent Bommarito, a former police commissioner and owner of Tony's Restaurant.

A lawsuit filed last month alleges that, after drinking at Ballpark Village on December 4, 2016, Bommarito stopped by the 24-hour diner on the edge of downtown. Previously banned from the eatery, Bommarito allegedly insulted staff. And when a fellow customer named Anthony Bertoglio paid up and left the restaurant, the suit alleges that Bommarito followed him outside and accosted him — ultimately discharging his gun.

An incident report released by St. Louis police earlier this week alleges that the shot didn't hit Bertoglio, and that the victim "sustained a small laceration to the bottom of his chin." (Matt Vianello of Jacobson Press & Fields, the attorney representing Bertoglio, says, "I'll let the evidence speak for itself, which I think will be overwhelming when the civil case goes to trial.") But the lawsuit alleges that the bullet grazed Bertoglio's face, leading to temporary hearing loss.

This is not Bommarito's first brush with the law. In 2009, he was charged with discharging his firearm after he fired shots into the air in LaSalle Park at 4:30 a.m. He told police he was trying to summon his dog. Bommarito pleaded guilty to the charge in municipal court and paid a $100 fine, plus $50 in court costs.