Get Ready: The Loop Trolley Really Is Hitting the Tracks This Month 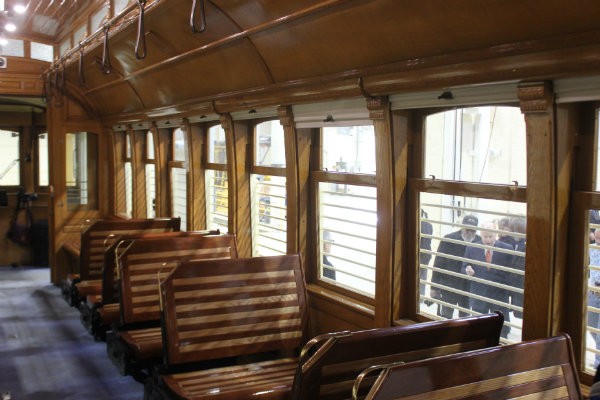 The ding-ding-ding of the trolley bell sounded in St. Louis this morning — although you'll still have to wait a few more weeks for the clang-clang-clang of the cars moving on the tracks.

At a press conference to show off the new trolley cars and detail upcoming developments, project managers made it clear that the rollout should start by mid-March, but that their schedule includes a series of lengthy phases.

First, in approximately two weeks, testing will begin. That involves a trolley car being pulled along the line by a truck — a step that will allow the project's managers to make sure nothing is in the way of the cars, and also that the trolley cars align properly with the platforms.

Only after that step — late March at the earliest, according to project impresario Joe Edwards — will actual trolley runs begin. And this will be nothing like the real ride, much less open to curiosity seekers. The first runs will be at 10 miles per hour, gradually increasing until they get to 25 miles per hour. All the switches and signals will also be tested during this phase.

After that, they can begin actual test runs. Before the general public can get on the cars, each trolley car should have 300 miles of test runs completed — and since the existing line is just 2.2 miles, that's a whole lot of practice trips. The goal is for passengers to begin taking their first rides by the summer.

In the mean time, though, there's one key thing for drivers (and pedestrians) to keep in mind in the car-clogged Loop: The trolley always has the right of way. Cars (and even buses) have to share the lane with the brightly ornamented trolley cars, but because the trolley cannot swerve, drivers are cautioned against trying to pass it or cross in front of it. And all those people who are used to briefly double-parking in the Loop while making a delivery or "just running inside for a minute" are in for a rude awakening.

Says Kevin Barbeau, executive director of the Loop Trolley Co., "We need to make sure everyone gets their parallel parking skills up to speed. Drivers will need to avoid double-parking even if it only takes a minute."

At the press conference this morning in the trolley's new home about a half-mile from the Loop, Edwards served as master of ceremonies. Everyone from St. Louis Alderwoman Lyda Krewson to University City Mayor Shelley Welsch made their way to the podium to praise Edwards and his vision for the project. 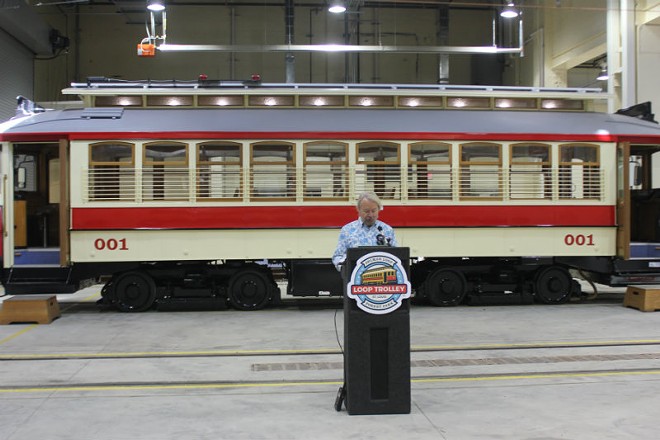 Edwards explained that when he was pushing to make his trolley dream a reality, he had a heart-to-heart with Les Sterman, then-executive director of the East-West Gateway Council of Governments. He asked, "Is this crazy? Is there any chance this could happen?"

"He said, cautiously, 'It's possible. It will be very difficult, but it's possible, so go for it,'" Edwards related.

Sterman, who is now the chairman of the board of the Loop Trolley Co., then took the mic. He said, drily, "Joe, there have been a few times when I regretted saying those things to you. But now not. This is terrific."

When it was her turn for remarks, Alderwoman Lyda Krewson (who is in the final leg of a hotly contested race for mayor) also offered praise for Edwards. Like him, she noted that the cars, when finished, will each be a different color — so people watching them go by could wait to see a red, a blue or a green car. "Who would think of that but Joe Edwards?" she asked.

Later, managers eagerly showed off the line's first completed trolley car (another is close to finished) and its features, which include a gleaming wood interior, wide windows and seats with backs that rotate, so passengers can always choose which way they want to face.

And yes, they also showed off the ding-ding-ding of that bell. Better get used to it, because for 500 miles of testing and then a whole bunch of 2.2-mile loops, that ring is about to become as ubiquitous in the Loop as a caterwauling street musician.

See below for more photos. 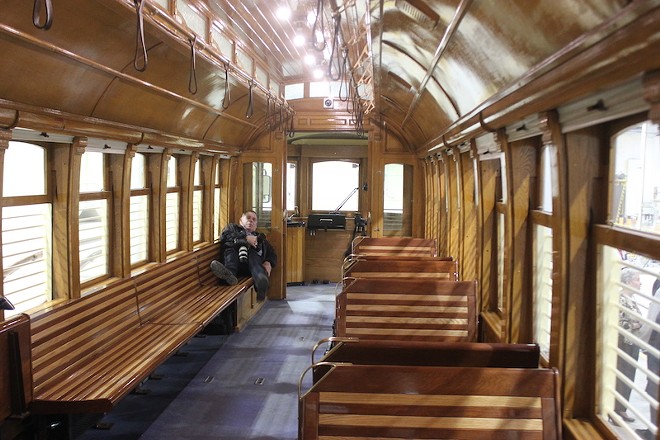 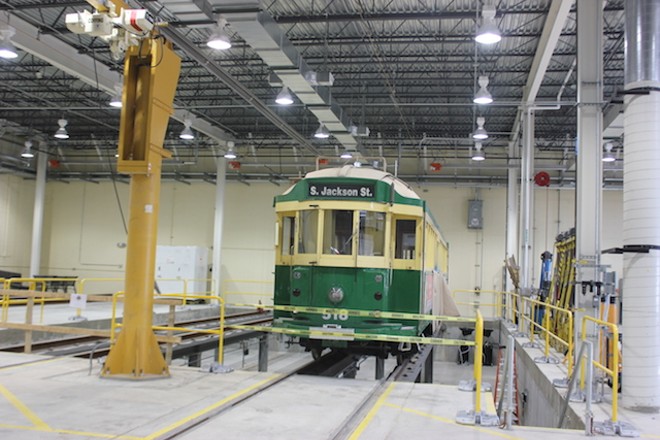