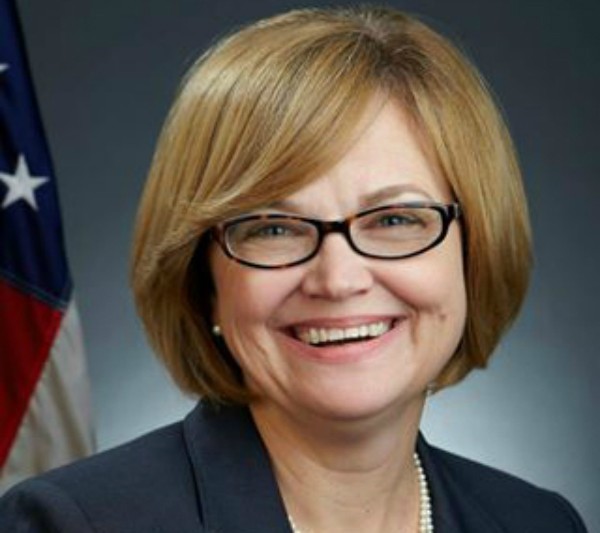 St. Louis Board of Aldermen candidate Jennifer Florida allegedly choked, headbutted and hit a 29-year-old man in Creve Coeur during an ugly custody battle for her young grandson, according to newly released court documents.

Florida was the alderman for the 15th Ward in Tower Grove South for nearly fourteen years and is challenging her successor, Megan Ellyia Green, next week in the Democratic primary.

The Riverfront Times first reported the misdemeanor assault charge against Florida last week. We've now obtained the police report and witness statements, including one from a security guard who says she witnessed Florida, then 54, attack the younger man. The documents are posted on page two of this story. We blacked out personal information and the name of Florida's young grandson.

According to court documents, Florida was trying to snatch the little boy out of the arms of the child's mother, Elizabeth Guillot, then 21, during the dust-up on May 10, 2016.

Guillot had dated Florida's son, Graham Florida, who was then 22. The child Guillot bore had lived with Florida and her son since birth, but Guillot failed to return the boy following a visit, Florida told police in a handwritten statement.

On the day of the altercation, Florida and her son allegedly tailed Guillot and a man named Randell Ripley, a then-29-year-old alternately described as Guillot's boyfriend and roommate in court papers.

Florida and son followed the pair from their south city home to a law office in Creve Coeur. Inside, Florida tried to get to the mother and child, but Ripley blocked her way with his body and spread out his arms, according to multiple accounts. The security guard says she saw Florida attack Ripley, eventually forcing her way past the younger man before everyone was separated.

Police arrived and charged Florida with misdemeanor assault. In Florida's statement, she says Ripley "shoved and assaulted me repeatedly." She told police she wanted to press charges, but an officer declined, saying Florida's story began to shift after learning she was going to be issued a summons.

Florida is due to appear on Wednesday in Creve Coeur Municipal Court.

Click on the next page to read the court documents.


Florida1-RFT by Doyle Murphy on Scribd

Florida2-RFT by Doyle Murphy on Scribd