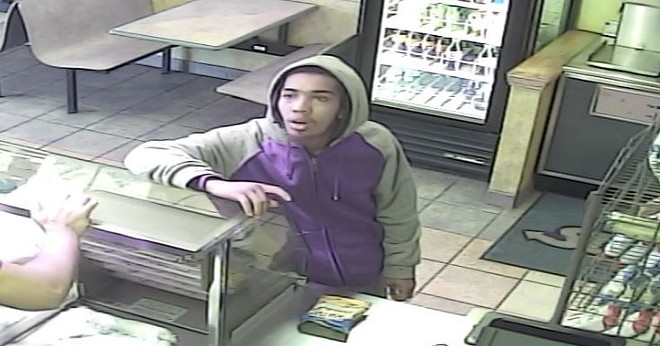 The crook ordered food and even paid the bill before he pulled out a blade and pointed it at the cashier, police say. The man then leaped onto the counter and ordered the employee to open the cash drawer.

The worker at the Subway at 4230 S. Broadway in the Mount Pleasant neighborhood did as told and the thief snatched the entire cash tray and bolted, pocketing the money as he went. Police later found the empty tray.

The robbery happened on Friday, and police released video stills today in hopes of identifying the suspect. He was described as eighteen to twenty years old, between five feet four and five feet eight inches tall with a thin build and dreadlocks. He was wearing grey sweatpants and a gray and purple sweatshirt.