Years before Frank Ancona was murdered, animal rescue groups near his home in rural Leadwood, Missouri, worried about the cats hoarded by the Ku Klux Klansman's wife.

Malissa Ancona, 44, boarded dozens of them in "deplorable" conditions, along with a couple of dogs, says Lucretia Skaggs, a founder of Midwest Community Cat Alliance.

"We’ve always known we would have to go to that house and do a major rescue," Skaggs tells the Riverfront Times. "We’ve known that for years. We had no inkling of how that would come about. This shocked all of us." 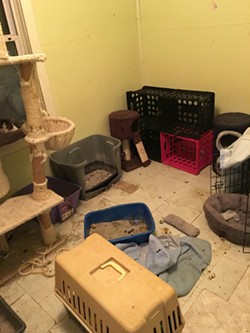 Frank Ancona, the 51-year-old "Imperial Wizard" of the Traditionalist American Knights of the Ku Klux Klan, was reported missing by his employer on February 10. His body was later discovered with a bullet hole in the head near a river in rural Washington County, authorities say.

Investigators now say Malissa Ancona and Ancona's 24-year-old stepson, Paul Jinkerson Jr., murdered him while he slept in the family's house and dumped his body.

In the background of the bizarre investigation, rescue groups began trying to figure out what to do with all Malissa Ancona's animals. Skaggs says they had been leery of her, because she tried to scam animal organizations multiple times in the past.

Skaggs recalls one strange episode when the bleached-blond Klan wife asked a clinic to treat a "stray" she'd taken in. The organization provided the free care and took the logical of seeking an adoption agency for the cat. "Then she accused us of trying to steal her cat," Skaggs says. The rescuers quickly realized the cat wasn't a stray at all; Malissa Ancona was just trying to con them into providing free vet care, Skaggs says.

Animal groups started to keep their distance after a series of similar run-ins, but they knew conditions at the Anconas' house were bad because one volunteer kept in loose contact.

Still, they weren't expecting what they found after the murder. As many as 46 cats lived inside the dilapidated, wood-frame home.

Skaggs and her husband got permission to enter on the evening of February 12. Piles of clothes lay everywhere, and the interior of the house was covered in filth, she says.

A cat door in a front window allowed the abandoned felines to wander in and out to overflowing litter boxes, traipsing past a KKK shrine and the blood-stained mattress where authorities suspect Jinkerson shot his sleeping stepfather. (Photos of the scene can be viewed on the second page of this post; readers who are squeamish about blood may want to pass.)

"I just can't imagine having to live in those conditions," Skaggs says. "It was pretty disturbing."

Skaggs and her husband found eight litter boxes in a back room and another two in the kitchen. They filled dry water bowls and took the two cats in the worst condition with them. One had a bad upper respiratory infection. The other could only take a step or two before falling over.

During the next 24 hours, Malissa Ancona signed release forms to allow rescue groups to remove all of the animals, Skaggs says. Midwest Community Cat Alliance and the anti-cruelty arm of the Humane Society of Missouri began to coordinate with a network of animal organizations to remove the cats and ship them off to no-kill shelters and clinics through the region.

Forty-two cats had been rounded up by the time they removed their traps on Sunday. Nine so far have tested positive for feline leukemia, and will likely go to treatment facilities out of state. Two dogs were also rescued and sent for treatment at Five Acres Animal Shelter in St. Charles.

The good news is that the majority of the cats were well-fed, although ridden with fleas. Midwest Community Cat Alliance has set up a YouCaring site to raise money for their care and the cost of transporting them to other facilities as needed. The money will be distributed among the organizations that responded to pay for their treatment.

The cats are eventually expected to be adopted.

Turn the page for more photos of the scene at the Ancona home. Warning: Some of the photos show blood and other detritus from the crime scene. 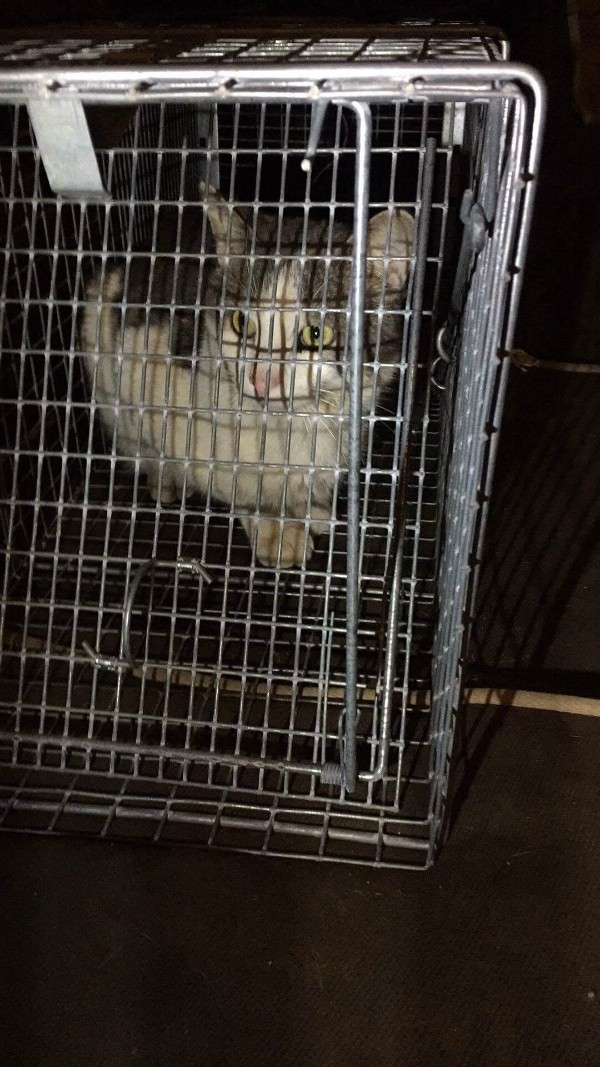 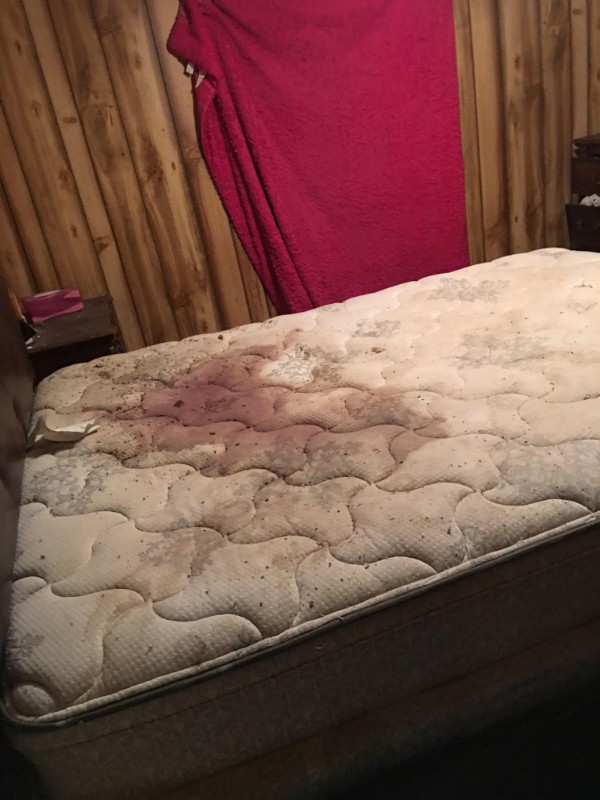 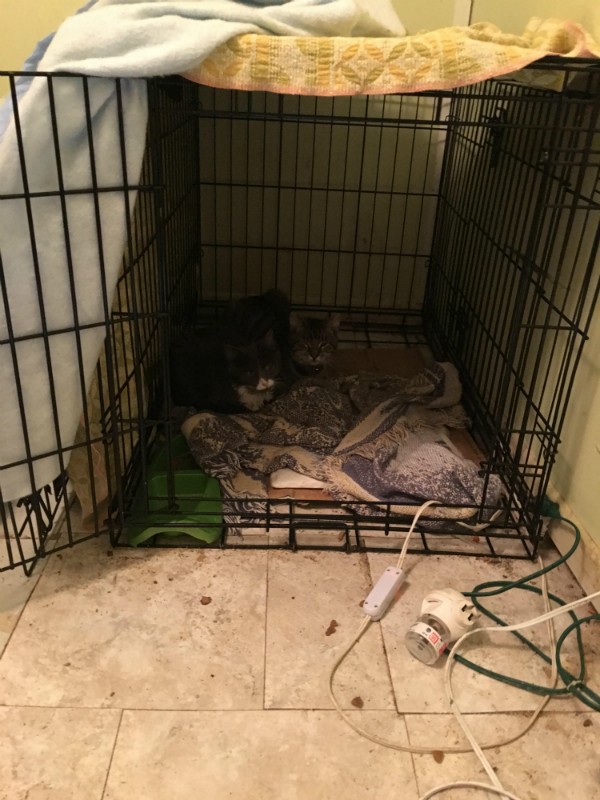 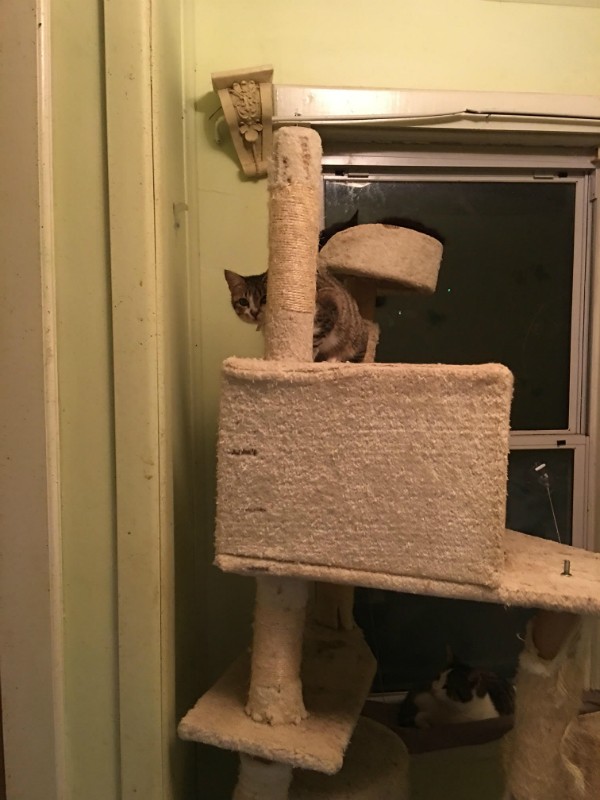 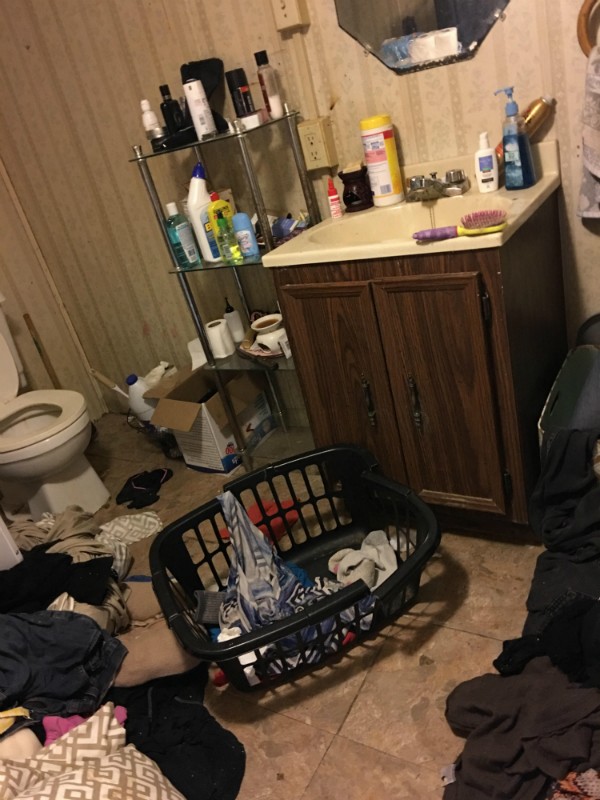 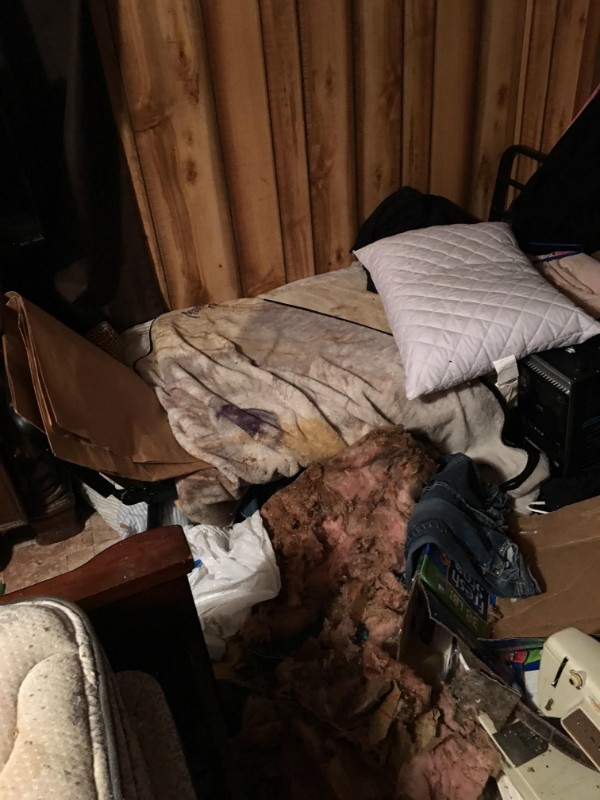 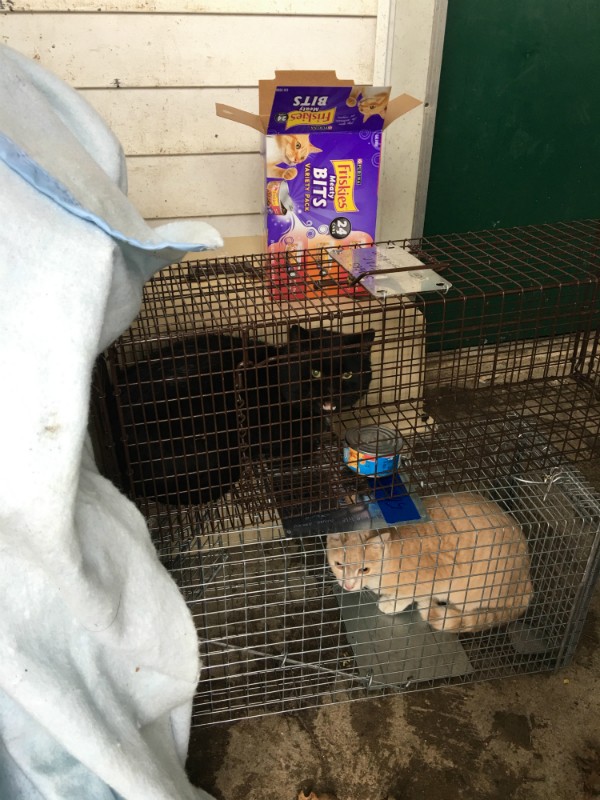 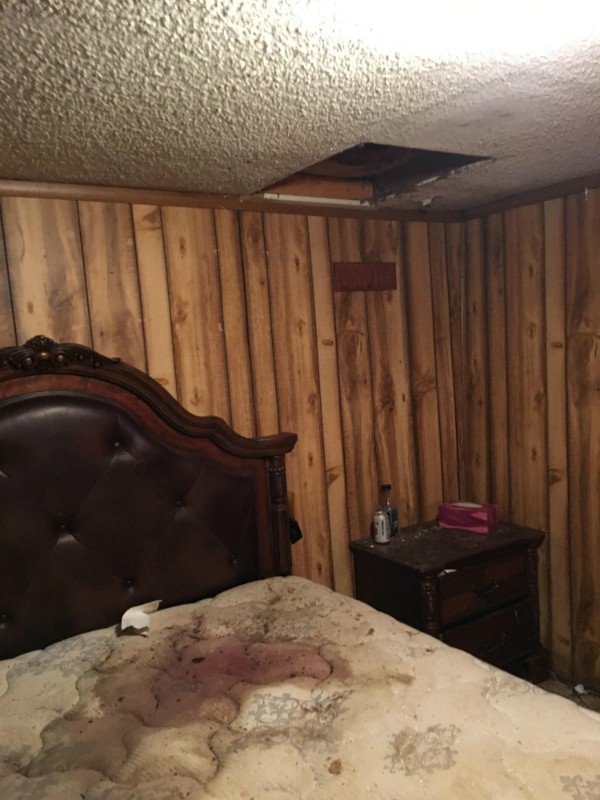 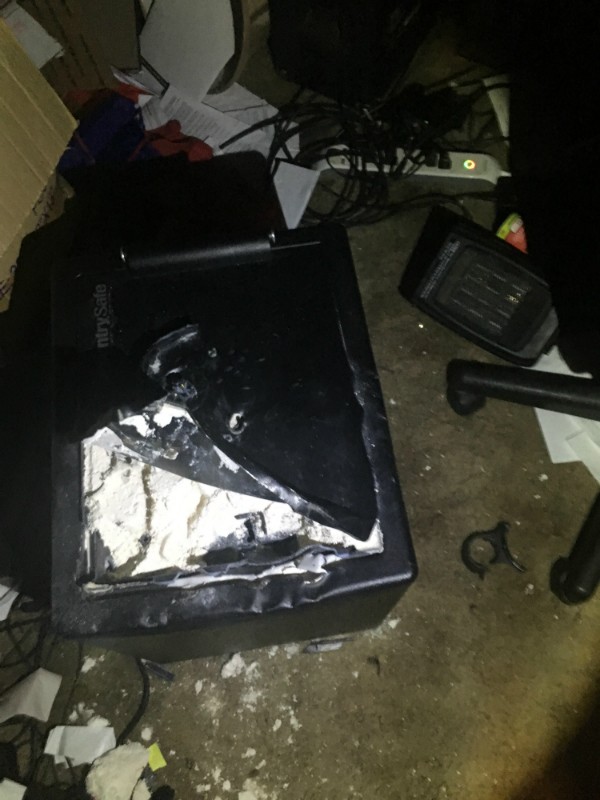 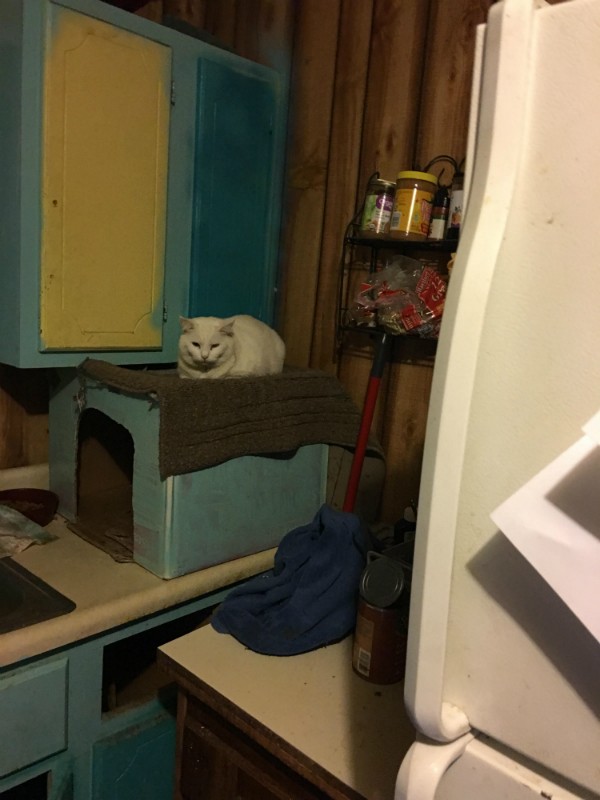 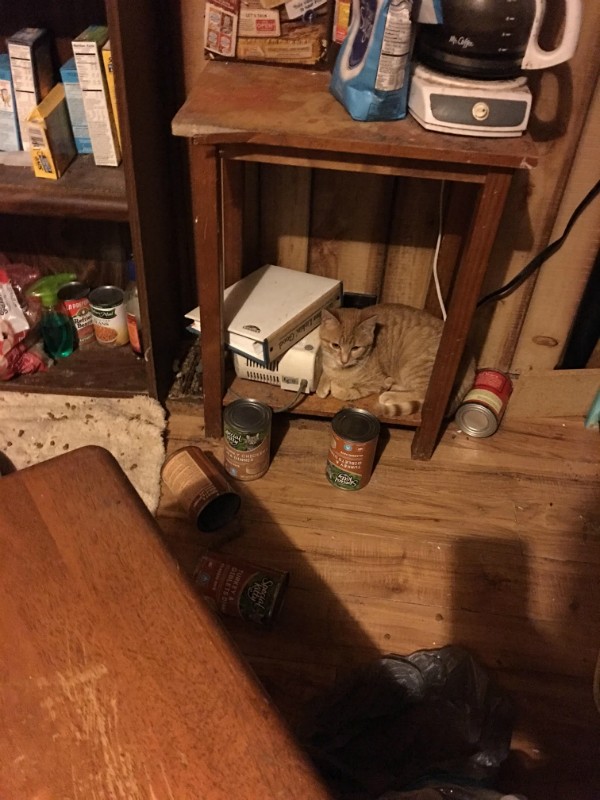 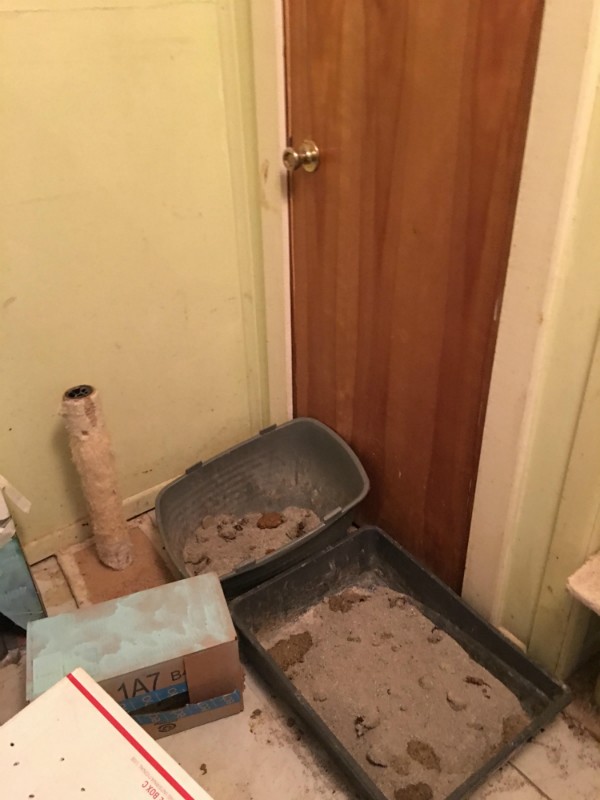 Editor's note: The number of cats removed from the house was corrected after publication, and we've clarified an animal rescue group's previous interaction with Malissa Ancona.