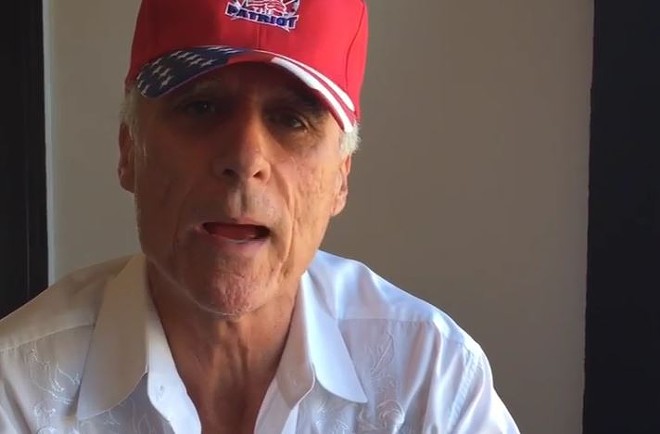 One day after Bob Romanik of KQQZ (1190 AM) was exposed for saying the N-word on the air, the self-professed "Grim Reaper of St. Louis Radio" began his morning show by addressing his critics — and he did so by repeating the racial slur many, many times.

Here's how Romanik started the show:

"I tell ya, it's unbelievable isn't it? All the killings going on, all the black-on-black crime, all the crime in general, and everybody gets upset when you say the word n*gger. It's unbelievable!"

The story didn't go unnoticed. The unhinged shock jock, who sounds like a drunken Foghorn Leghorn chewing a sock full of marbles, called out the RFT in yesterday's broadcast

"I got a nice hit piece in the Riverfront Times... calling on me to be fired, because I used the N-Word! What the hell, did these people not know they live in America? Do they not know about the First Amendment, about freedom of speech?"

Romanik returned to the RFT story later in the show. He specifically called out the story's author, Daniel Hill.

(For the record, Hill's story was based primarily on a recording of things Romanik literally said on-air. Also, it was St. Louis Post-Dispatch's editorial board that decried Romanik's show as "hate speech," but we'd hardly argue with its characterization.)

Romanik also dropped the racial epithet dozens of more times over the course of an hour-long show. Defending his diction, Romanik attempted to explain the difference between "n*ggers" and the "proud blacks" who deserve his respect. Romanik also insisted that his use of a word whose history and context is inseparable from black oppression does not make him a racist.

"It’s not a racial slur, it’s a word!" Romanik said. "I’ve heard the proud black community — even the proud blacks use n*gger over and over again. I don’t hear anybody getting in an uproar over that. I didn’t hear anybody get in an uproar when I say honky or cracker, and people laugh. But if I say honky and cracker, I’m going to say n*gger and spic and wop and kike – I’m going to say them all. And I don’t dislike those races. We’re people. We say stupid things all the time. But if it’s about a black, that’s 'racist.'"


This isn't the first time Romanik has raised hackles with his untethered utterings. One year ago, a nervously laughing Board of Aldermen President Lewis Reed sat by in the studio as Romanik called Reed's aldermannic colleague Megan Ellyia Green a "skanky bitch," an "alderbitch" and a "skanky-ass bitch." Reed, who in 2012 accepted a $10,000 campaign contribution from Romanik, was castigated for not challenging the host's sexism on-air. Reed has since apologized. Reed is currently campaigning to become St. Louis' next mayor.

At least one angry listener tuned into Romanik's most recent broadcast. Paul Berry III, who hosts a Sunday political talk show for ABC30, was listening to Romanik's diatribe while driving on Tuesday. He tells RFT that the show left him shocked — not only for Romanik's carpet bombing of racial slurs, but because the broadcast was buttressed by mainstream radio advertisements for national and local companies.

In response, Berry says that he alerted several of the show's advertisers that their products and services are being featured alongside Romanik's rantings. One local business owner has already cancelled his account with the station, Berry reports.

"I will actively oppose any Missouri advertiser that places advertisements with KQQZ 1190 AM or has anything whatsoever to do with Bob Romanik,” Berry  said in an emailed statement. “The United States Constitution provides for the right to free speech, even speech one finds offensive or disrespectful. However, the same First Amendment of the United States Constitution gives any American or corporate entity the equal right to not fund by advertising or sponsorship Bob Romanik's expressed ideology. Clearly, the First Amendment of the Unites States Constitution also grants my right to free speech in this manner.”
Follow Danny Wicentowski on Twitter at @D_Towski. E-mail the author at Danny.Wicentowski@RiverfrontTimes.com