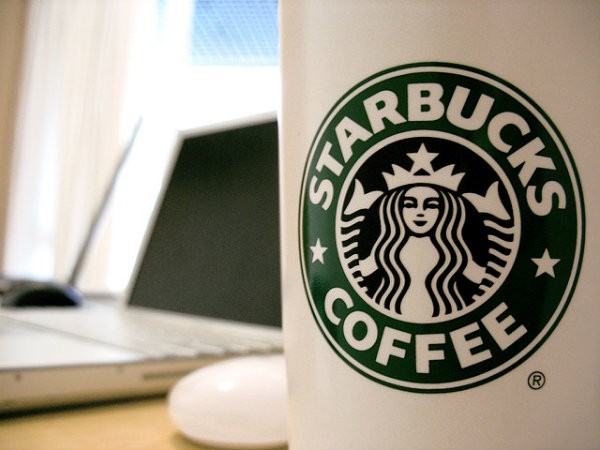 On Sunday, Starbucks chief executive Howard Schultz announced plans to hire 10,000 refugees worldwide throughout the next five years, a response to President Donald Trump's crackdown on those fleeing violence in Syria and other war-torn countries.

And on Tuesday, an elected official in Marion County, Illinois, offered his response to that.

Troy Cannon, the county coroner in the rural Illinois county, which is located about 90 minutes east of St. Louis, shared a Facebook post from an Alabama man. The meme read, "This is a Muslim. They don't use toilet paper. They use their hand," above a picture of a bearded man on a toilet.

Below that was a Starbucks logo, with the words, "This is Starbucks. They vow to hire 10,000 Muslims. Enjoy your coffee." 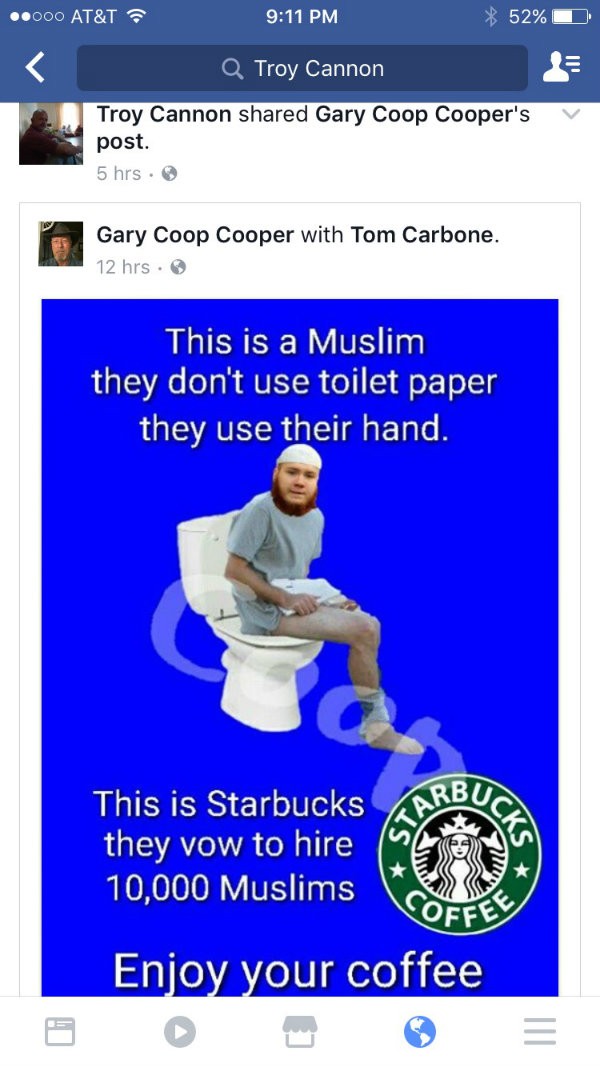 The post led to a string of comments; many of anger or disappointment that the coroner would share such a sentiment.

The meme is no longer visible on either man's Facebook page; it appears to have been deleted. Cannon did not respond to two phone calls and one email seeking comment.

And in fairness to the coroner, he certainly wasn't the only one promoting this garbage. Before it was taken down, the initial post was shared a staggering 165,336 times.