What Do We Think of the Blues New Coach, Mike Yeo? Not Much. 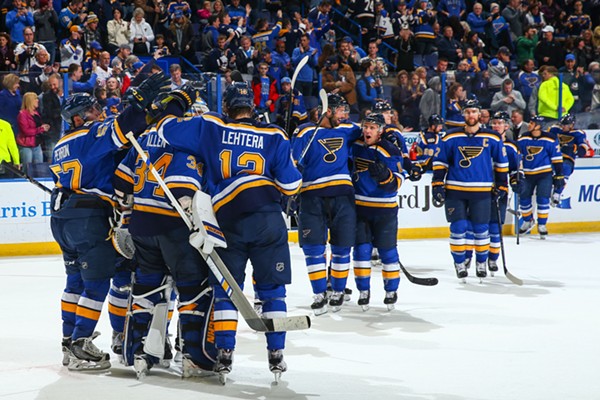 The St. Louis Blues fired head coach Ken Hitchcock today, replacing him with associate coach Mike Yeo. Hitch was slated to retire at the end of this year and be succeeded by Yeo, so this is just speeding up the process.

But what do we think of Mike Yeo? Not much.

He led the Minnesota Wild for 349 games from 2011 to 2016, and his best result came during the strike-shortened 2012-2013 season — the Wild finished second in the Northwest Division. The next year re-alignment placed the Wild in the Central, and he racked up consecutive fourth-place finishes before getting knocked out of the playoffs in the first round, second round and second round, respectively. He has a career .393 winning percentage, ranking him with Trent Yawney but above John Brophy. It's a small sample size, but Yawney only coached one year — Yeo will be embarking on his sixth year as head coach.

There's also the fact that the Wild played dismal, boring hockey under Yeo. This year the Wild are second in the league with Bruce Boudreau at the helm and are running away with the Central Division. Hey, that's the same division as the Blues — I wonder if these two teams will see each other in the playoffs? Not if they keep flailing.

Let's face it: The Blues are currently a team without an identity. Sometimes they win easily against top teams, but most of the time they struggle against minnows. That's on Hitchcock, but Yeo has been here through all of this. Nobody but the players and coaching staff know how the unusual dynamic of having outgoing and incoming coaches leading the team simultaneously is working in the locker room, but as the team has floundered, this particular issue has been raised by numerous observers.

Maybe Yeo will surprise us and gets what are now his guys playing solid defense again and turns this ship around. Maybe Jake Allen regains his confidence and his composure and resumes stopping pucks and winning games. Maybe the streaky scoring becomes steady. But I ain't betting on it.