An Unedited Letter to the Editor from Mayoral Candidate Bill Haas 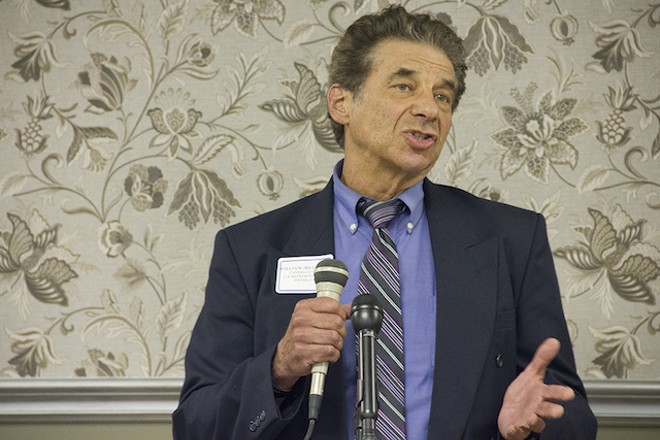 Editor's note: Bill Haas, one of the candidates running for mayor whom we chose not to profile in our January 18 cover package, sent us a "letter for publication" taking umbrage at our mean-spirited reference to his candidacy.

We decided to run his unedited letter in its entirety, just in case anyone was thinking about voting for Bill Haas.

About your mayoral profile. "Candidate who hasn't shown support beyond themselves and egos?" So 4 school board wins, a congressional primary win out spent 25-1 against 4 others where I got 50% more than the next highest, 12% statewide in lieutenant governors primary 3d out of 8 outspent by several 10-1, best ideas, most specifics, most ideas where money is coming from, most passion, and chasing this responsibility 25 years which should count for something if not everything. Jesus. Sorry Sarah Fenske, but if assholes like you would stop telling people I don't have a chance, I'd have a better one. Are you stupid, fucking stupid, or just with your own dysfunctional unfairly judgemental hypocritical pompous self-righteous preorgasmic agenda? Your advertisers should no about your crap that passes for journalism. Modesty prevents me from telling you how I really feel. You're no Ray Hart Mann. Who would be spinning in his grave. If he had one. On the record. If my administration not better than your journalism, my administration won't last a year. Nor should.