Sick of Crime, Shaw Is Buying Its Own Security Cameras 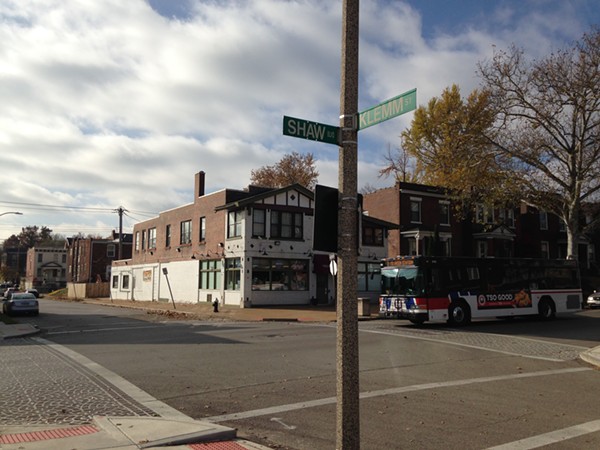 A quartet of new security cameras will soon watch over the Shaw neighborhood in south city.

Following a spike in violent crime in 2016, residents got to work raising money. They collected $10,000 in about a month, and a neighborhood organization kicked in another $11,000, enough to fund cameras that will hook directly into a city police system.

"People are serious about making our neighborhood safe," says Derek Carter, a 30-year Shaw resident and one of the organizers of the camera drive. "You see all the people walking their dogs and walking their kids home. That's the kind of community they bought into."

The initial push for surveillance cameras followed a string of shootings at or near the corner of Shaw Boulevard and Klemm Street.

Another organizer, Tim Horwedel, launched an online campaign to buy cameras for the intersection. He helped pitch the idea to neighbors during a crowded community meeting, and the idea took off.

"Honestly, I was very surprised at how much we raised and how quickly we raised it," Horwedel says. "I took that as a rallying cry from the neighborhood, and this is what led us to expanding our goal beyond just the first corner."

Instead of one or two cameras feeding into digital recorders on-site, neighbors began targeting a high-end system that would link wirelessly to the police department's Real Time Crime Center.

They eventually formed a nonprofit, the Shaw Security Initiative, and presented the idea to the Shaw Neighborhood Improvement Association, which approved an $11,000 grant at a January 9 meeting. The plan is to install cameras at three entrances to the neighborhood, along with Shaw and Klemm. The city already has a camera at a fourth entrance, at Shaw and South Grand Avenue.

The cameras are expected to be installed some time this spring.

The success of the campaign could become a model for other neighborhoods. Residents of the neighborhood to the east, Tower Grove East, have begun holding meetings about doing something similar on their side of South Grand.

Carter cautions that the cameras won't solve crime problems on their own. He's hoping to revive citizen patrols in Shaw.