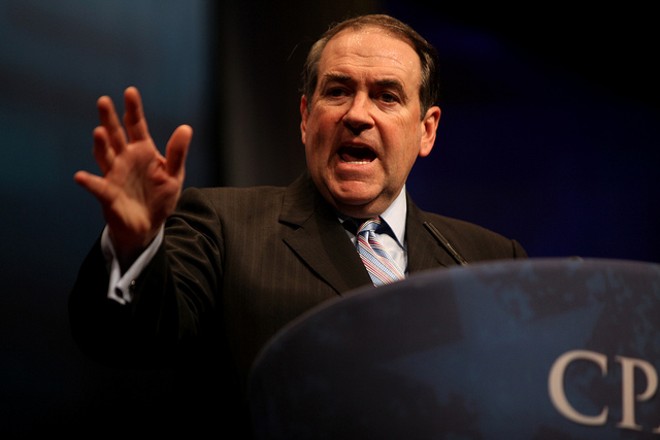 In September 2012, as many as four million landlines across the U.S. got a call from Mike Huckabee — well, at least the voice of Mike Huckabee.

The call purported to be a survey asking whether those who answered believed in certain things (freedom, liberty, etc.). But really, a group of Chesterfield lawyers contend, it was a recorded robocall — and, as ultimately became clear to anyone who stayed on the line, an advertisement for a Christian-focused film called Last Ounce of Courage.

Federal law forbids using pre-recorded messages to hawk products without first getting express consent. In hopes of discouraging such solicitations, anyone found liable of making such a call can be on the hook for $500 to $1,500 in damages — for each and every landline affected.

And that means a Chesterfield law firm could be looking at a whole lot of money.

Yesterday, U.S. District Judge E. Richard Webber certified a lawsuit filed by the Chesterfield firm Schultz & Associates LLP as a class action suit. In essence, that allows the attorneys to proceed with litigation against the filmmakers representing everyone who was hit with the Huckabee-voiced robocalls. And with a class of victims potentially reaching, yes, four million households, the damages could be staggering — $2 billion, maybe even more.

Ronald J. Eisenberg, an attorney with the firm, admits that he and his partners were stunned by the potentially huge case they're now looking at.

"We're just a firm in Chesterfield with three attorneys," he says.

Still, Eisenberg believes his firm is more than ready to handle the matter. They've already survived numerous legal hurdles, including a decision at the appellate level that reversed the judge's earlier dismissal of their suit. (Owing to the magnitude of the case, they have brought on a co-counsel.)

Now, it's worth noting that former Arkansas governor Huckabee is no longer a party to the suit. But a Texas billionaire, Dr. James Leininger, is. He financed the money and apparently paid for the robocalls. He could be looking at big damages, along with two limited liability companies: Veritas Entertainment and Veritas Marketing.

Sadly, it appears that Dr. Leininger didn't get his money's worth for those faux-surveys. Even though 82 percent of all respondents indicated that they believe in American freedom and liberty, precious few turned out for Last Ounce of Courage.

The film, which notched a rating of just 2.5 out of 10 on Rotten Tomatoes, tells the story of a mayor who decides he can best honor his dead son by putting the "Christ" back in City Hall. A cigar-smoking big-city lawyer from the 'ACLO' tries to stop him. Patriotism ensues!

Hard to imagine in light of that plotline, but even with that assist from Mike Huckabee, Last Ounce of Courage flopped hard.