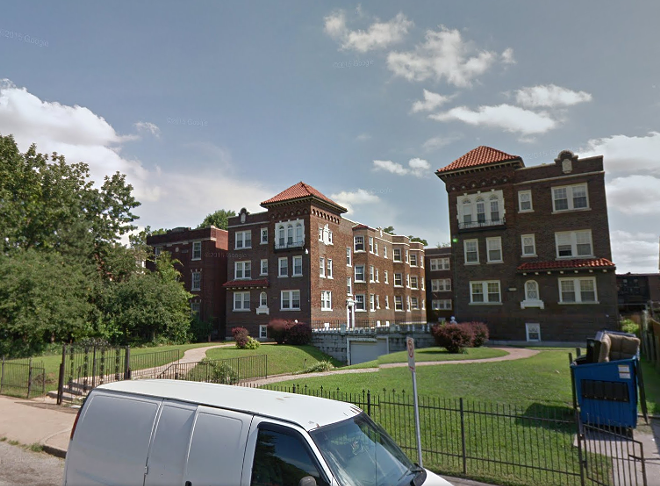 In July 2014, Tony Jordan Jr. was murdered in the courtyard of his own apartment complex in the city's West End neighborhood. The man who shot him had broken into a friend's apartment within the complex just 40 minutes before, and the friend had called 911.

But the police never came — the 911 dispatcher sent them to the wrong address. Jordan was a sitting duck. His friend Jessica Thompson, who had called 911 during the break-in — screaming "get the fuck out of my house" and "why did you break my goddamn window?" — was also murdered, left to die by police officers who had no way of knowing that they were at the wrong address.

It's the stuff lawsuits are made of, and the families of Jordan and Thompson hired Clayton attorney Albert Watkins to file one. But as the litigation continues to drag on three years later, the city has fought repeatedly to get their lawsuit thrown out. Bizarrely, one of their legal arguments is that Jordan was not owed their protection because someone else called 911 to report the attacker on site — not him.

"Every ordinary and usual check and balance which should have been in place to protect the public failed, and failed with appalling universality,” Watkins says. “The victims stood a better chance if they had sent up smoke signals."

City Counselor Michael Garvin disputes Watkins' claims. He notes that he seldom comments when motions are pending in front of a judge — as the city's motion for summary judgment is currently.

"I always think judges will assume we're trying to influence them when we comment on matters in front of them," he says. "Still, it's been my experience that when lawyers have motions filed and pending in court and they seek to generate publicity about a case, it means they may not have faith in their own legal arguments."

The dispatcher who took Thompson's desperate call, Patricia Sticken, was a 26-year department veteran, but she had little experience with call evaluation. Ashe would testify that she spent 99 percent of her time dispatching — and had only performed evaluation services once in the six months prior to the incident. She hadn't been trained on the call-evaluator manual currently in place and had gotten no in-depth tutelage since her hire, in 1988, on what to do if an address could not verified.

Sticken's lack of familiarity with policies and equipment, Watkins contends, led to her fatal error. Sticken seemed to realize that she may have misheard the street number, repeatedly asking the caller to give her the address again. But Thompson, who was fighting off the man who would later murder her, was too busy screaming for help to answer her question. And Sticken would later testify that she didn't know how to use the replay function.

Questioned in the course of the litigation, Sticken said she did not call over anyone else to listen to the call, either, or to see if they knew how to replay it. It was "too busy" at the dispatch center.

Making matters worse, when the officers arrived at the wrong address, the family there allowed that someone may have called 911 on them because they'd been drinking and were emotional about a family member's death. The officers canvassed the area, figured that must have been the problem, and moved on their next call.

According to the lawsuit:

.... After listening to the 911 call from Thompson with Sticken, Sticken’s supervisor, Bill Dannenberger, told Sticken she needs to “pay closer attention to what she is doing” and reminded her that if she is unable to verify an address, she should either rewind the tape at her station, listen to it in the back room or advise a supervisor to call the telephone company. Dannenberger told Sticken, “you screwed up, you screwed up bad.” After listening to the tape and meeting with her supervisors on July 9, 2014, Sticken said, “I got two people killed and didn’t know it” before leaving the room.

Sticken was charged by the city with neglect of duty. She was later allowed to retire, with the caveat that she would not be eligible for rehire.

She is now a party to the lawsuit filed by the families of Thompson and Jordan, which also names the city, its police department and the board of police commissioners. Thompson and Jordan left behind a total of five minor children, and they are the plaintiffs in the litigation.

Watkins says the city is now on its third attempt to get the case thrown out, but two other judges have already ruled in favor of his client. (The case keeps getting assigned to new judges simply because it's lingered while the attorneys wait to depose some key witnesses — and that can't be done until the criminal case concludes.)

Watkins says, contrary to Garvin's contentions, he is not at all concerned about the strength of his case.

"This one is a bell ringer," he says. "If I endure the lunacy of a trial and get unencumbered access to twelve jurors, I'll have them weeping by the time the closing argument is done."