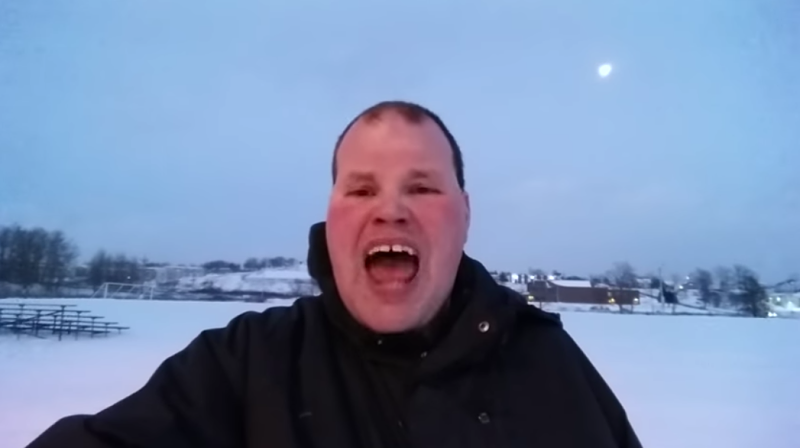 The greatest amateur weather forecaster in the world, Nova Scotia's Frankie MacDonald, has directed his attention to Missouri once more, warning of a "major winter storm" set to hit the state this Friday. The 32-year-old urges residents to "have your winter boots, winter jackets, hats, gloves, scarfs and ski pants ready." And, as always, "Order your pizzas and Chinese food and buy cases of Pepsi and Coke."

Since joining YouTube in 2011, MacDonald has racked up more than 23 million views with his near-daily weather reports directed at cities across the world. He also warned Missouri of a major winter storm coming to the area in March 2014, again encouraging his viewers to be sure to stock up on competing cola brands.

MacDonald's bellowed, rapid-paced delivery has earned him legions of fans worldwide — including some 45,000-plus followers on Twitter — and has even landed him a gig as "weather reporter in the field" for Calgary's X92.9 (CFEX-FM) radio station, despite the fact he lives more than 3,000 miles from that city.

In other words, dude knows what he's talking about. You'd be wise to stock up on Coke and Pepsi now.