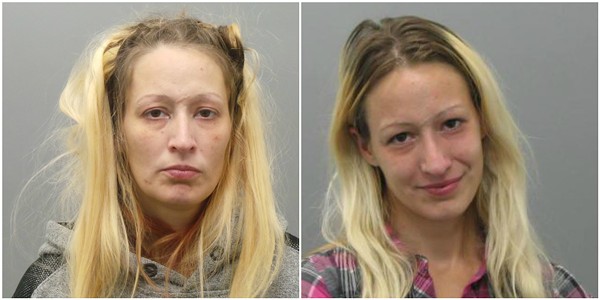 A south St. Louis woman who preyed on the elderly at retirement homes is facing felony burglary charges, authorities say.

Kristal Collier, 34, raided the rooms of at least three victims, often scamming her way inside by asking to use the phone, according to St. Louis County police. Once she'd made it past the door, she'd rifle purses for checks and credit cards, police say.

Officers in the department's Affton Southwest Precinct first learned of a rash of thefts in early December. They put out descriptions of Collier and a woman believed to be her associate, 30-year-old Nicole Rodoni.

Both women have now been arrested and charged.

Collier, whose record includes theft and forgery convictions, was charged on Friday with burglary in incidents at Delmar Gardens South and Tesson Heights Retirement Home. She has confessed, police say. A resident of Boulevard Heights in the city's far south side, she's facing additional forgery charges for allegedly passing bad checks stolen from the Orchid Terrace nursing home.

Meanwhile, Rodoni, who lives in Affton, was charged on Wednesday with forgery. She hasn't been charged with nursing home thefts, but she allegedly tried to use a stolen ID to pass a check that was stolen from an Illinois business in south county, police say. A teller at First Missouri Credit Union recognized the scam and alerted authorities, police say.