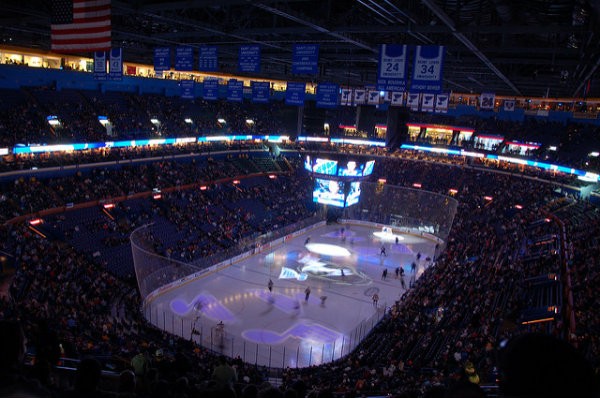 The St. Louis Blues will make history on January 19, when the NHL team will host an LGBT-friendly Pride Night for the first time ever.

The game, which will be played against the Washington Capitals at 7 p.m., is one of several theme nights at Blues home games throughout the season. Fans who purchase a theme ticket with the Pride Night promo code (PRIDE17) will receive a rainbow Blue Note t-shirt. The Gateway Men's Chorus, a nonprofit supporting gay culture and acceptance, will perform the national anthem.

The Pride Night will help support You Can Play, an initiative to ensure inclusion and safety for all athletes, coaches and fans, including those in the LGBT community.

The initiation of a St. Louis Blues Pride Night is a particularly positive step in sports for the LGBT community, as the National Hockey League has until recently been fairly uninterested in teaming up with LGBT fans. In 2015, Yahoo Sports reported that only five teams had ever hosted a Pride Night: the Detroit Red Wings, Columbus Blue Jackets, Philadelphia Flyers, San Jose Sharks and Florida Panthers.

Editor's note: A previous version of this story gave the wrong name of the NHL team in Washington, D.C. We regret the error.