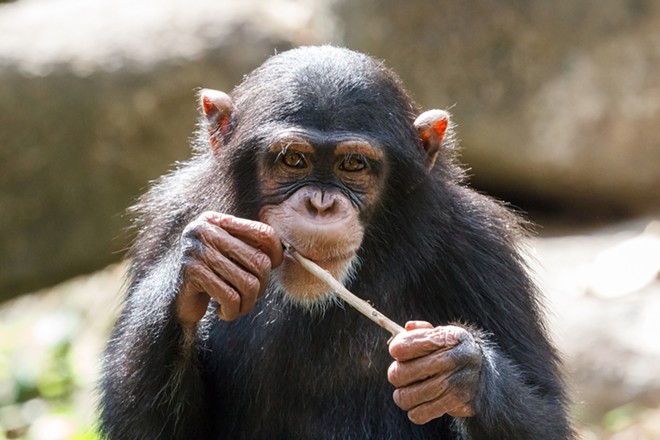 Late last year, the national animal advocacy organization PETA began to call out Festus-based Missouri Primate Foundation, alleging the non-profit was actually a "filthy" home where sixteen chimps "live amid trash and their own waste." PETA then threatened to sue the organization, saying the chimps' living conditions constitute an illegal "taking" under the Endangered Species Act.

But now the Primate Foundation is going on the offensive — with a lawsuit seeking to bar PETA from filing any such suit. The lawsuit also alleges defamation, stating that contrary to PETA's claims, sixteen chimps are not housed on site at the facility in Festus.

The Missouri Primate Foundation is seeking a declaratory judgment that it is not violating the Endangered Species Act and an injunction barring PETA from suing. The suit, filed in federal court on December 30, seeks both punitive damages and attorneys' fees. It also suggests that a former volunteer for the Missouri non-profit was actually "an informer, snitch, agent and/or representative of PETA" who took videos and photographs of the Festus facility.

In its press materials, PETA alleges that the home where Missouri Primate Foundation is based has been "ground zero in the United States for the cruel trade in chimpanzees as primate pets and for the purposes of entertainment."

Says a narrator in PETA's video, "If you've seen chimpanzees on greeting cards, in movies at roadside zoos or in circuses, it's likely they were born here or have ties to this place." That includes Travis, the Connecticut chimp who disfigured a friend of his owner in a violent attack that drew international headlines.